Nearly every hour of every day, Texas kill shelters fill up with the innocent victims of abuse and neglect. The heartbreaking reality of dogs left to languish in the streets – just to be surrendered or captured by animal control and then locked  away into tiny shelter cages to await their deaths as they are walked down a lonely hallway, muzzled and injected with poison. 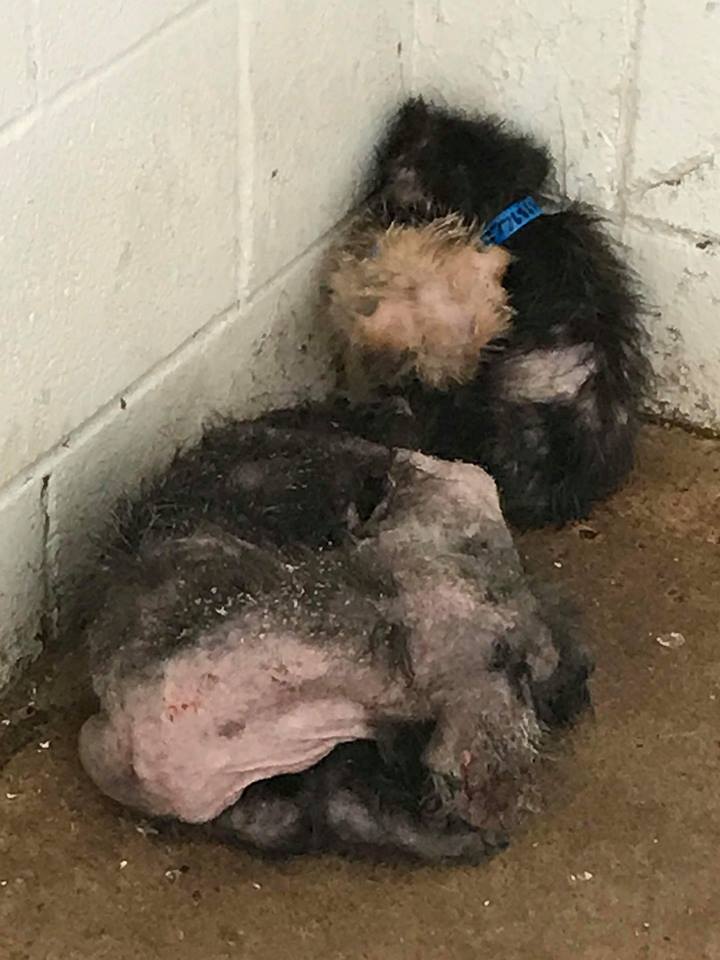 When Rescue Dogs Rock NYC’s co-founder Stacey Silverstein spotted the photos  and watched the two puppies clinging to each other, she immediately reached out with an offer to help. Tragically these two puppies had been surrendered by their owner. How could anyone let mere puppies wind up like this?

“Where is the respect? Where is the humanity?,” Stacey asked on the group’s Facebook page as she posted the heartbreaking video of the puppies and an adult dog found in horrible condition. “They came into this kill shelter in this condition, thrown onto the hard concrete disease infected floor in obviously critical and weak condition.”

There is no blood relationship between the two puppies and the larger dog- that is except for their poor physical condition and the fate the three were about to face.

“We are so disgusted everyday to be confronted with this harsh reality,” Stacey continued. “Once again we will be their protectors and saviors and get them the help they so desperately need.” 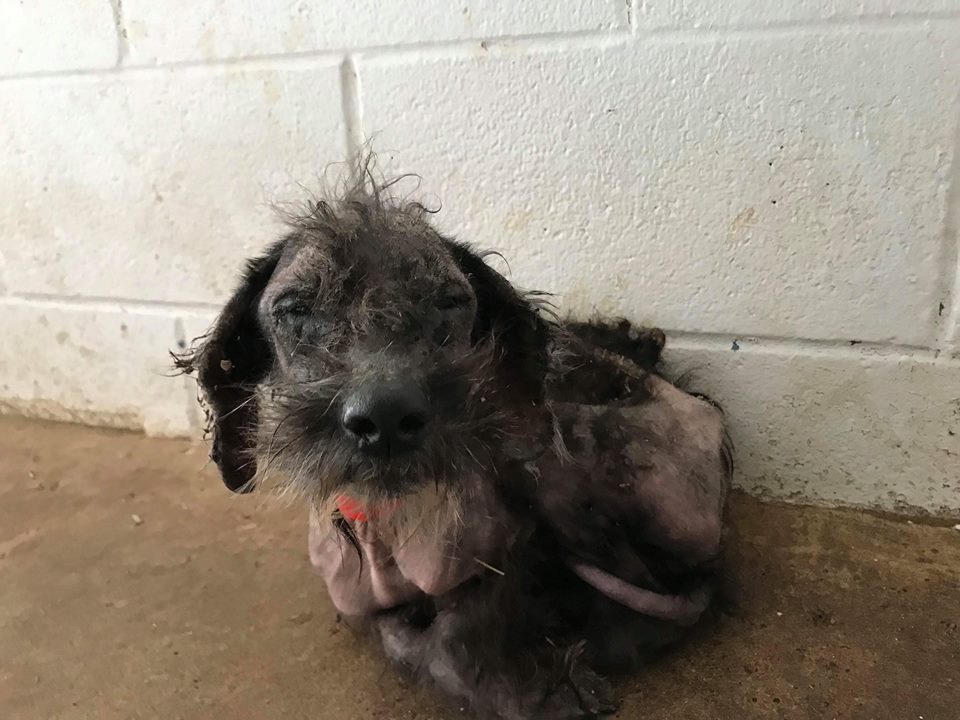 As of Thursday afternoon, all three of the dogs have been moved and are safe and receiving medical help. The larger dog has been named Mulani. The puppies are now known as Po and Mishi. Their new lives begin today. It is hoped they survive. 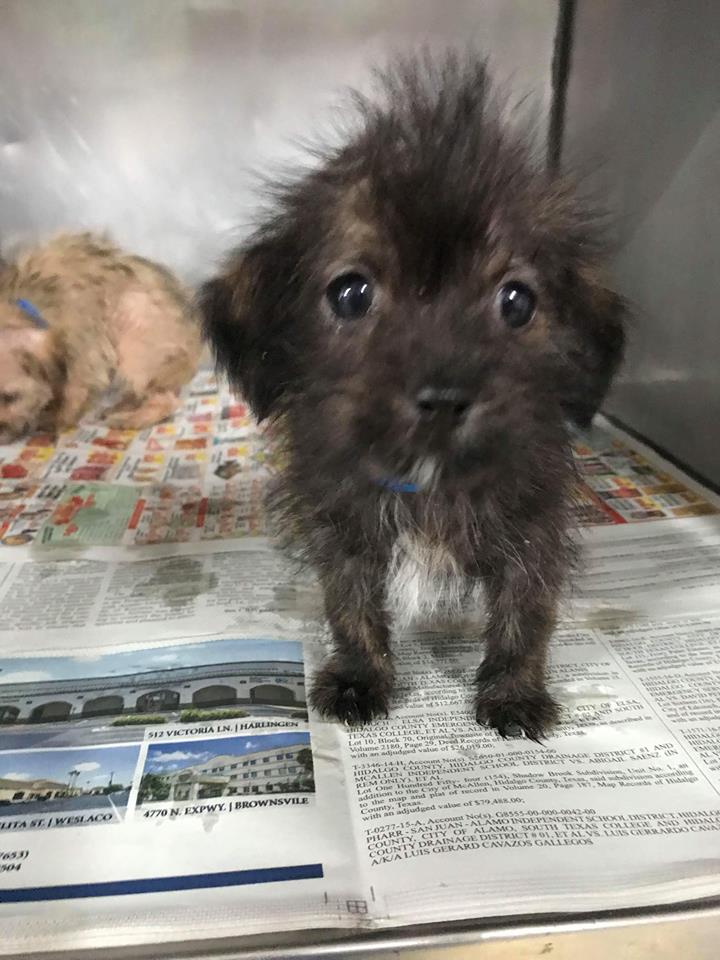 They need donations for their medical care
GO TO
http://rescuedogsrocknyc.org/
PAY PAL
https://www.paypal.com/cgi-bin/webscr… 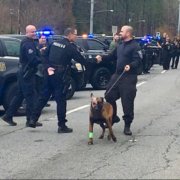 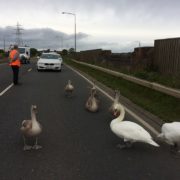 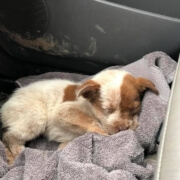 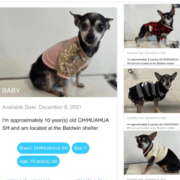 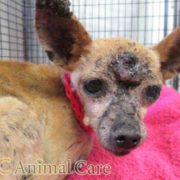 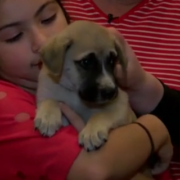