At the Miami-Dade Animal Services, a sick and emaciated bulldog is waiting for a miracle. The abuse and neglect the six-year-old dog has endured is horrifying.

A Facebook page for Samson (A1826048) can be followed here as this dog’s tragic plight unfolds. His veterinary evaluation reveals the following information about the white  and brindle emaciated bulldog weighing just 43.5 pounds:

In addition, Samson suffers from:

The shelter is currently advocating for Samson to be transferred to an approved rescue organization where he can then be evaluated by a veterinarian for further treatment. At his recheck by veterinarian personnel on Saturday afternoon, Samson was more active, and did eat a small amount when hand fed.

Please share Samson’s plight with approved rescue organizations. A medical fundraiser will be made available to help with expenses. For more information, contact the shelter located at 3599 NW 79th Avenue, Doral, Florida. Phone: 305.884.1101.

At this time, Samson is on a stray hold, but will be released to an approved rescue immediately. No information has been released as to the owners who mistreated and neglected this dog.

(Photo of emaciated bulldog via Urgent Dogs of Miami) 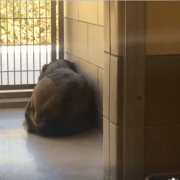 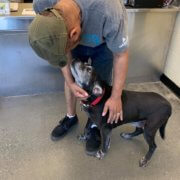 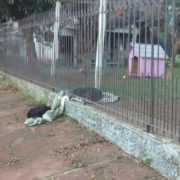 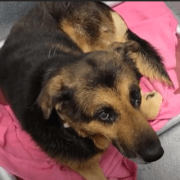 Older shepherd ‘at risk’ of being put down at Texas shelter 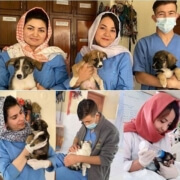 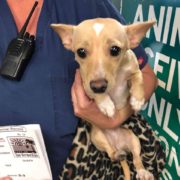 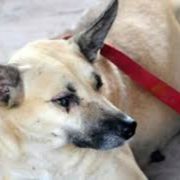