In Maricopa County, Arizona, authorities have confirmed that 25 nearly full term puppies were aborted as part of a re-enacted county spaying policy which states dogs can not be allowed to give birth while so many adult dogs are being euthanized because of overcrowding.

According to AbcNews15, in the past month at the Maricopa County Animal Care and Control, two dogs were spayed that were about to give birth, resulting in the death of 25 near full-term puppies. Shelter director, Mary Martin, who was hired during the late summer, is enforcing a no-exceptions policy for all dogs coming into the shelter to be spayed. She said terminating unborn pups is part of a recently re-enacted shelter policy to spay pregnant dogs. The policy had been suspended more than a year ago because of public outrage over the practice. The county says they now fully support Martin’s decision:

“County leadership accepts this as an unfortunate thing that has to happen when we have overcrowded conditions,” said Fields Moseley, Maricopa County communications director. “It’s just not fair, when we’re euthanizing dogs every day, to bring in a litter of 14 pups.”

Officials stated the puppies were never removed from the birth sac and were killed during anesthesia given to the mother dog before they ever took a breath. The chief veterinarian at Maricopa County Animal Care and Control stated the shelter is over capacity, and she would have euthanized the puppies if they had been born.

“A well-run shelter doesn’t euthanize dogs for space and then allow (other dogs) to have puppies,” stated Dr. Valerie Moser.

And that’s when social media outrage erupted as animal advocates made the shelter aware they would have organized foster homes and temporary housing to care for the mother dogs and their litters. Volunteers have accused shelter officials of trying to hide the very pregnant dogs from the public referring to the dogs as having “distended abdomens” with “mammary development,” however the next day the “abdomen does not appear to be overly distended.”

Martin defends her position to abort the puppies – even in the very late stages.  According to AZCentral, records show that both dogs that were pregnant were two-year-old pit bulls. One of the dogs was 61 days pregnant and had 14 full-term fetuses on December 19 when she was spayed. Another dog was 55 days pregnant with 11 unborn pups when her pregnancy was terminated. Dogs are generally pregnant 63 days. Sadly pit bulls are the most commonly euthanized dogs and often are hard to adopt. 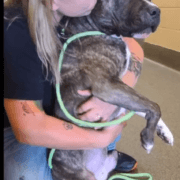 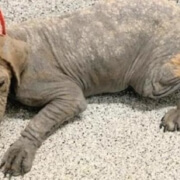 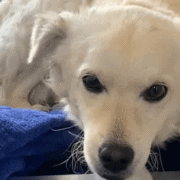 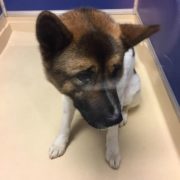 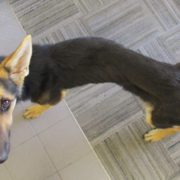 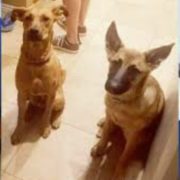 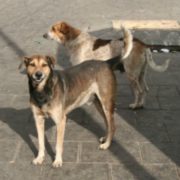 Shelter searches for owner of ‘miracle’ puppy hit by car