In an extremely disturbing case of animal cruelty, a three-day-old puppy scalped from ear to ear, was dropped off at an animal rescue in Pittsburg, California. The puppy, dubbed Hoka by the Umbrella of Hope, was brought into the organization’s veterinary clinic on Wednesday after someone “saw him walking down the street.” Of course, that was a lie since a three-day old puppy, barely weighing one pound would be incapable of walking down on a busy street; much less a puppy that had just been scalped.

The puppy has no ears, and because of his age his ear canals are still closed; they are covered with skin. His pinna (ear flaps) were torn away during the event that injured him.  According to the organization’s Facebook page, the puppy will need surgery in the future to be able to hear.

“Our vet was able to sedate him and close his wounds. He has antibiotics and pain meds. And a 24 hour round-the-clock RVT nurse (thanks Beth!) for the next few weeks at the very least. He is suckling on a bottle and is being kept warm and comfortable. He is being given immune support, and we just have to hope he is strong enough to ward off shock,” the puppy’s update stated.

No one knows what or who caused Hoka’s injuries. Contra Costa Animal Services are asking for the public’s help with any legitimate leads and have agreed to investigate. Anyone with information about Hoka, his litter mates or parents are asked to email beourpet@gmail.com. A $500 reward is being offered for the arrest and conviction of the person responsible for this puppy’s abuse.

At this time, the rescue needs help with the mounting veterinarian costs. If he survives, he will need surgery on his ear canals so that he can hear, and he will be transferred to a teaching hospital specializing in that kind of surgery. Since yesterday, his medical bill has topped $1,000 in 24/7 care which is anticipated for the next few weeks and several thousand more in medical care if he survives.

Donations towards his extensive medical care can be made online at www.paypal.me/UOH.  An Amazon Wish List for his specific needs can be viewed here:http://a.co/0OZDcn8.

Photos of puppy scalped courtesy of Umbrella of Hope.

Check out his update on video: 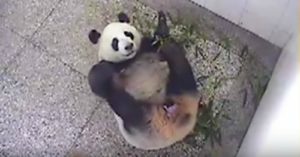 Mama panda in labor for three days, but look at the precious bundle. Adorable story… read it here. 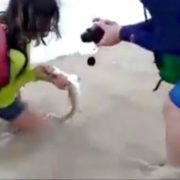 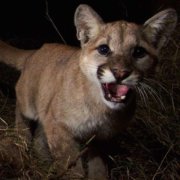 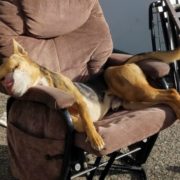 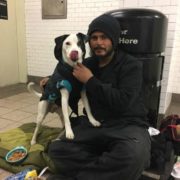 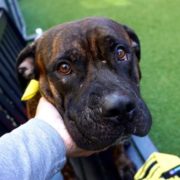 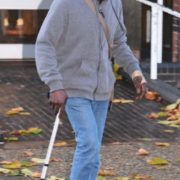 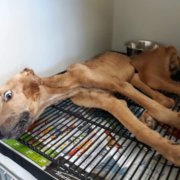 Man wanted for hacking family dog to death with machete