An adorable puppy that had been surrendered to Good Sprout Rescue and Sanctuary in Pataskala, Ohio, has captured the hearts of millions on TikTok viral videos, after the cutest clip of Sampson shows him doing somersaults on a bed. The video has been viewed more than 27 million times.

According to the sanctuary’s TikTok account @goodsproutrescue, thought by Newsweek to have been posted by the rescue’s owner, Audrey Quillin, the puppy originating from a breeder had been five-weeks-old, living in an atrocious environment and suffering from a “severe brain infection.” The breeder surrendered the puppy in May because he was not growing like the other puppies in the litter, and his head was “large and squishy.”

According to the rescue’s Facebook page, Sampson (aka Joshua) was rushed to the veterinary hospital and diagnosed with a severe head infection where his head had become too heavy for the puppy to even lift, and the parasites in his body were eating him alive. Miraculously, he survived with antibiotics, intravenous nutrition, a blood transfusion and the abscess in his head drained.

As Sampson grew stronger, more fluid was drained and a stent was inserted. Followers of the rescue organization donated to the puppy’s plight, and the expressions of love and concern were overwhelmingly supportive. Sampson continues to be under the care of a board-certified neurologist:

“Sampson has been displaying strange neurological symptoms since he came home from the hospital in June. I think at first I chalked most of it up to silly puppy behaviors, but as he has grown it has become obvious that he is indeed different from “normal” dogs. He spins in circles, walks with an exaggerated, wobbly gait, and experiences extremely heightened emotions that can, if he is frustrated, manifest as hyperreactivity and aggression. He displays self mutilating behaviors (biting his front legs, sometimes to the point that he yelps in pain) when he is overwhelmed. He has erratic jaw and tongue movements, which the neurologist thinks are very likely to be caused by focal seizures. As if all of this weren’t enough, he is blind — and the neurologist confirmed yesterday that he is also deaf. Unfortunately, all of this points to damage to his left forebrain, cerebellum, and possibly even his brainstem.”

Sampson will be staying with the rescue as a sanctuary resident; no doubt Audrey stated the pup had completely “stolen her heart.” Obviously he will do best staying with Audrey because of his complex medical and behavioral needs.

“Thank you from the bottom of my heart for loving him, for your kind messages, for your donations, for your support…”

Check out Sampson’s somersaulting across the bed.

“He cannot control his somersaulting, but it does not hurt him.”

A cruelty case against the breeder is currently pending. 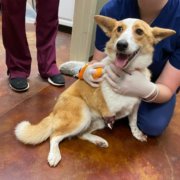 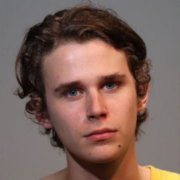 Florida man accused of suffocating dog after losing his temper 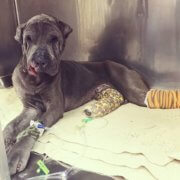 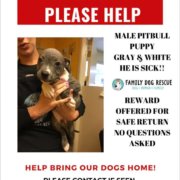 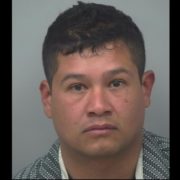 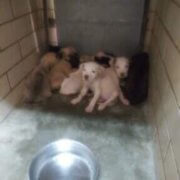 Beautiful Sapphire has been waiting 7 years to be adopted!