Pascal, the four-month-old pup drowned in glue, dragged through the mud and left to languish in misery along an industrial estate in Istanbul is officially “out of the woods.” According to Nur Rima Yola, the founder of He’Art of Rescue who saved the puppy after he was brought to a local shelter just weeks ago, stated the little guy continues to thrive and has even made a cuddly, and oh so playful and adorable friend.

And despite the abject cruelty, after heartless children tortured him, and then coming down with the too often fatal parvovirus, Pascal continued to overcome his challenges. Although he still needs medical intervention, it is expected he will make a complete recovery. 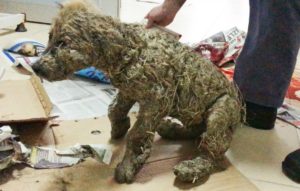 As reported originally by the Pet Rescue Report,  Pascal – barely alive, stood as stiff as a statue, in a cartoon box he was brought to the shelter. What happened to him defied all logic and compassion. Children had drowned the dog in glue just for fun. In what a group of heartless kids thought was a game and highly amusing, they drenched four-month-old Pascal in glue and then dragged him through the mud. And to seal the defenseless puppy’s fate, they ran away leaving Pascal to try and rub the hardening glue away.

Pascal was brought to a shelter and He’Art of Rescue stepped in to help. Nur described her first reaction when she saw the puppy:

“A statue made of mud and glue, a statue submissive to everything that happens around him. A statue in desperate fear of what is to come next. The remnants of once a puppy, barely alive stands as we listen to his story in shock…,” Nur posted on their Facebook page describing the emotional and heartbreaking story of the pup’s short life. 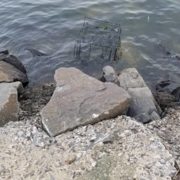 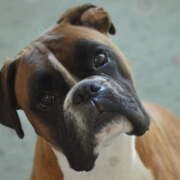 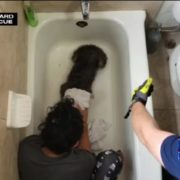 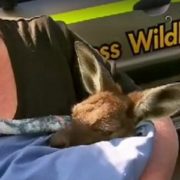 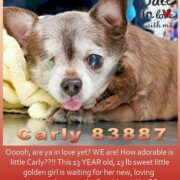 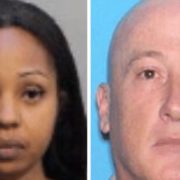