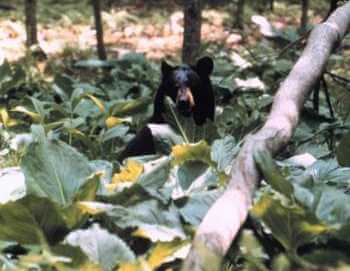 In Volusia, Flagler and three other counties in Florida, nine people have been arrested for illegally baiting black bears with pastries and peanut butter and using hunting dogs to attack and maul the animals as “sport.”

According to AbcNews, Attorney General Pam Bondi held a press conference at ZooTampa at Lowry Park on Wednesday to discuss the year long investigation by her office and the Florida Fish and Wildlife Conservation Commission. Biondi called it one of the “most horrific” violations she had ever seen.

“It’s horrific, truly. The group was training dogs to pursue and attack the bears. This is not hunting, this is not a sport. This is cruelty to animals, the worst of the worst. Of course it was for profit, but I believe it was for their sick pleasure,” Biondi stated.

The 45-page affidavit described investigators initially finding two dead bears. The defendants lured the bears by placing drums of dog food, pastries, doughnuts and peanut butter in different areas of the forest -then used large packs of hunting hounds and other dogs to chase and maul the bears. Christopher Elliot Haun, who is facing multiple charges, recorded and posted some of the most heinous attacks on Facebook, Instagram and Snapchat.

One video showed a defendant beating a tree with a stick to get the bear to fall out of the tree so the dogs barking and waiting below could attack. The group then cheered when the bear fell and the dogs mauled it to death. In another video, one of the defendants showed a bear being mauled by the dogs while some of the dogs held it by its ears and the other dogs repeatedly bit the defenseless animal.

“Using hundreds and hundreds of doughnuts, the defendants baited the bears. They were trying to wipe them out in a sick and inhumane way that won’t be tolerated. This happened over and over and over again. They baited fields all year long on property where they did not belong, and doing this to black bears. I think this is going on around the country, maybe with some other animals for sport,” Biondi added.

The charges include felonies, misdemeanors, animal cruelty, illegal taking and baiting of black bears and include RICO violations (Rackeeter Influenced and Corrupt Organization Act. If found guilty the defendants could be sentenced to 30+ years in prison. 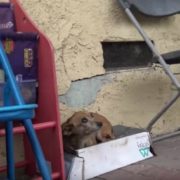 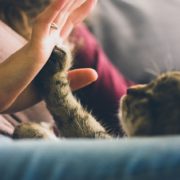 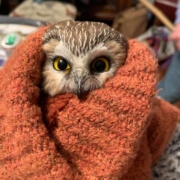 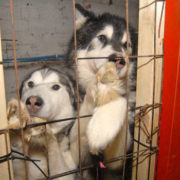 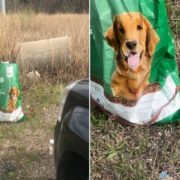 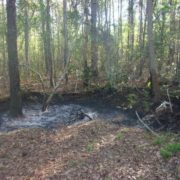 Reward of $6,000 for information on dog dragged, chained and set on fire while alive
5 replies