On a good day, without a Category 4 Hurricane looming in the forecast, Lolita’s tank at the Miami Seaquarium has been described as “woefully small.” A recent audit by the U.S. Department of Agriculture determined the tank may not even meet size requirements for the captive whale – restricting “her freedom of movement.” And to think that Lolita could have been unable to dive and escape any hazards expected by Hurricane Irma. 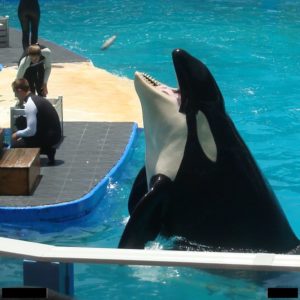 According to the Miami News Times, the 21-foot-long blackfish, Lolita the Orca, survived the ordeal despite having been abandoned in the tank that was less than four times her body length and barely covered by a flimsy tin roof.

“She should have been moved, no questions asked,” says former SeaWorld trainer, Dr. Jeffrey Ventre. “It was criminal animal negligence or animal cruelty.”

Ventre stated there were many potentially fatal injuries that could have happened during the storm including flying debris, blunt force trauma, stress, as well as contaminated water. What if the tank collapsed Ventre opined; Lolita could have been sliced, crushed or trapped. And then there was the storm surge to consider.

Drone footage captured by local orca activist Lincoln O’Barry, after the storm showed Lolita alive, swimming in murky waters. There have been criticisms of the video footage however, stating it was taken in the past – and is not a reflection of Sunday’s storm. Sadly, according to Ventre, the Animal and Plant Health Inspection Service (APHIS) in charge of enforcing animal welfare laws, have made no moves to help Lolita. Her plight has been compared to a tied up dog left alone during the most frightful storm in Florida’s history.

For 47 years, Lolita has been held captive. The Dolphin Project, along with other local animal activist groups, have continuously advocated for Lolita’s retirement to a natural sea-pen; described as a more humane and safer option than her current cement water prison.

Robert Rose and Lolita are checking in to give you a Hurricane Irma update. Miami Seaquarium is currently assessing the impact of #HurricaneIrma and will post more updates as they are available. We continue to focus on the safety and welfare of our animals. We appreciate your concern and well wishes for our park and all those affected. 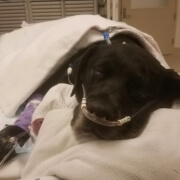 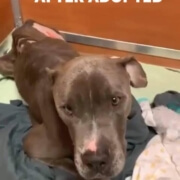 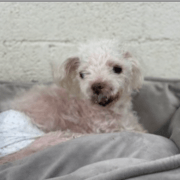 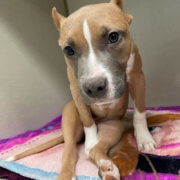 Update on Hemingway cats who stayed put during Hurricane Irma