A necropsy on a dog revealed the likely reason that he fatally mauled his owner while a stunned film crew watched earlier this year. According to Tuesday’s publication of The Independent, the bull terrier named “Major,” had apparently ingested a large amount of drugs before attacking his owner, 41-year-old Mario Perivoitos, at the man’s home in London.

The horrifying incident took place in March while a BBC film crew was filming Drugs Map Britain, a documentary about drugs. Major turned on his owner after the man began having a seizure, which is believed to have been brought on by his own consumption of cocaine.

The veterinarian who performed the necropsy on the dog’s body commented on the drugs found in Major’s system, “The dog was eight times the drug drive limit.” It is believed that sometime prior to Perivoitos having a “fit,” the dog consumed a dangerous amount of illicit drugs and they caused him to become “provoked” by his owner’s seizure.

The dog was euthanized after the deadly incident. 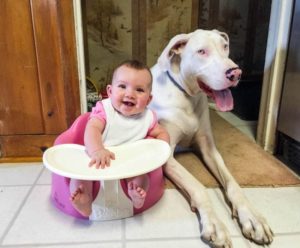