You are here: Home1 / News2 / Dogs3 / Update on Hemingway cats who stayed put during Hurricane Irma

Days ago, news was released that the famous Key West Hemingway six-toed cats were going to ride out Hurricane Irma inside of the historic Hemingway house with curator David Gonzales, and several staff members. Concern over the welfare of the staff, and the 54 felines was high given the extensive damage that took place throughout the area when the storm hit.

On Tuesday, good news about the cats was released – according to US Magazine, all of the cats, and the people who rode out the storm with them, are safe. The cats were kept inside of the house with the staff members – it was determined that the felines would be most comfortable staying where they were familiar.

On Sunday, Gonzales told MSNBC that they were without power or internet at the Hemingway house, but generators were running to keep the refrigerators operational, and food cold. Before the storm hit, the staff stocked up on extra food, water and medication.

Prior article about the cats here. 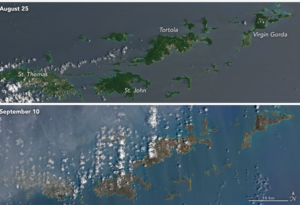