When Pastor Matthew Drake and two church members were out in a boat on Friday afternoon trying to rescue people from flood conditions produced by Hurricane Florence, the men couldn’t turn their backs on the four-legged friends who needed help just as much. 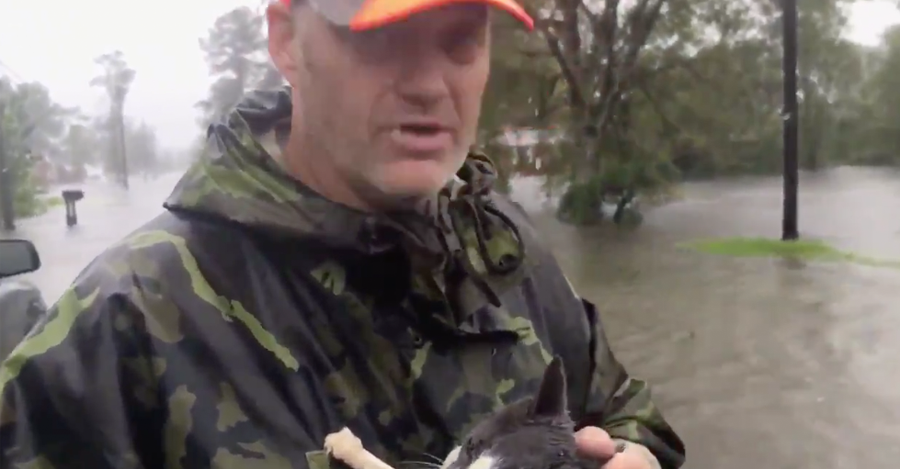 In a now viral video, posted originally by CBS News on Twitter, the compassionate and compelling photo of Pastor Drake carrying a scared and soaked kitten to safety through the flooded road in Jacksonville, North Carolina reminded all of us how there are still so many heroes out there.

The Pastor found two cats and two dogs in dire need of help, and along with Leroy McGee and another church member rescued  the two dogs. They had been barking and were panicky after they had been abandoned on the porch of an empty house. The men gained the confidence and trust of the frightened dogs and carried them into their boat and brought them to safety. 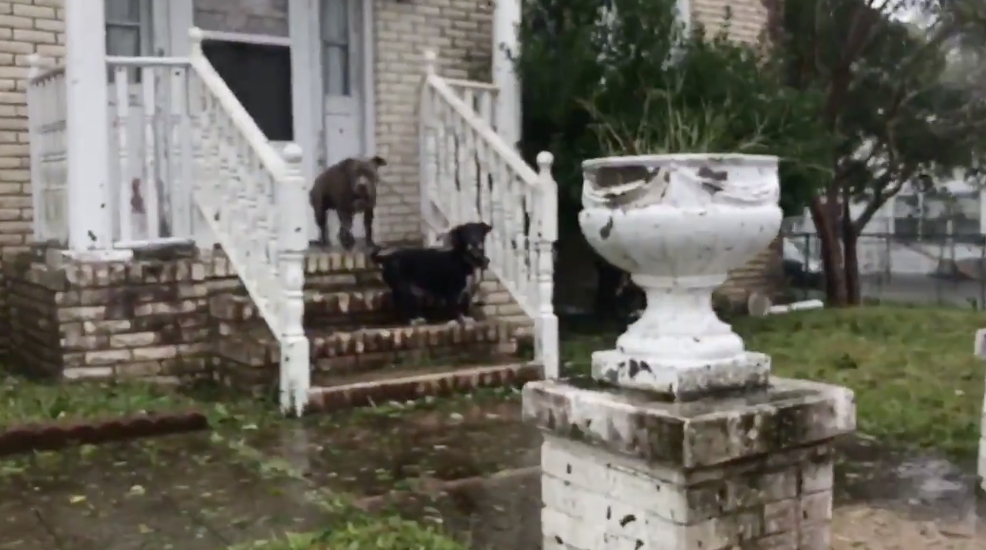 After they brought the dogs to dry land, the men returned to the flood waters to rescue another cat that had been walking along a window edge. When the cat jumped into the water, the men went around back – each then returning with a cat in their arms.

The world is a better place with heroes like these men.

Everyday, leading up to the arrival of Hurricane Florence, the media has been putting out timely information, helpful hints and warnings not to abandon pets. How tragic that some people lack all responsibility to care for those who depend on humans to care for their welfare and safety.

(Photos via freezeshots from Twitter video by CBS Adriana Diaz)

Read the latest animal news on the National Pet Rescue page on Facebook.

Owner of elephant who died after falling in drain at tourist attraction has been arrested! 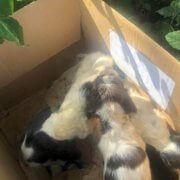 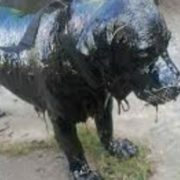 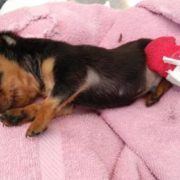 Update: Someone stepped on 1-pound puppy and surrendered him 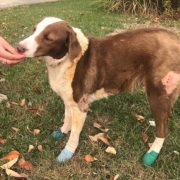 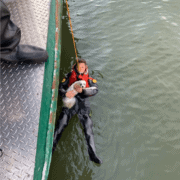 Sweet Neo is out of time – ‘not an ounce of meanness in him!...