Lexie Elliott met the small fluffy puppy in December 2018 when she rescued him after having been tossed out of a passing vehicle nearby. At first the young woman from Bournemouth, Dorset, U.K., thought it had been a rabbit, but when she investigated the disturbing incident, she found a tiny cockapoo puppy she later would name Wilf.

According to Yahoo News, Elliott and her boyfriend called the police and checked the puppy into the The Dog’s Trust where they found out Wilf was only 10-weeks-old and had not been microchipped. He stayed at the rescue organization for two weeks, and no one claimed him. And when no one came, Lexie and Wilf found love.

Perhaps because of his brief past, Wilf had been a handful as a puppy. He barked a lot, tried to intimidate humans at times and was reactive to other dogs while being walked along the street.

But then in November 2019, circumstances changed for Elliott, and Wilf came to the rescue. It had been a time of a hard emotional breakup with her human companion, the sale of her home and splitting up possessions compounded with the arrival of Covid, that took a tremendous toll on Lexie.

The two became even closer and her tiny bestie seemed to have saved her life when Lexie felt she had been hitting rock bottom.

And so there you have it! Lexie has come to the conclusion the love and loyalty of Wilf is far more important than a boyfriend, and if a new man comes into her life, it is imperative Wilf likes him and of course vice-versa.

You see everyone – love can conquer lots of issues if not “all.” 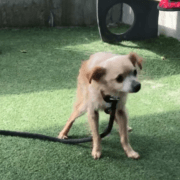 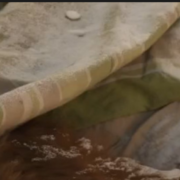 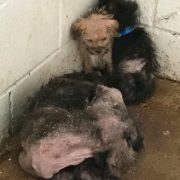 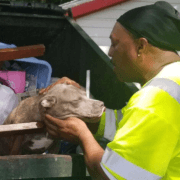 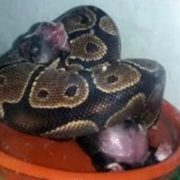 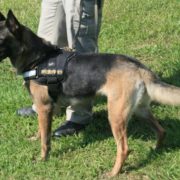 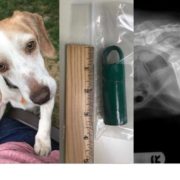 Authorities arrest man accused of chaining his dog to a steel rod on beach,...