You are here: Home1 / News2 / Dogs3 / Dog health4 / Surrendered dog that ate a do-rag and sock stuck in his stomach survives...

A surrendered dog that had eaten a do-rag and a sock – both of which became stuck in his stomach, survived surgery this weekend after having been sick for more than a week. His owner elected to have his dog euthanized, however a veterinarian technician at the animal hospital reached out to ThisIsHouston for help. 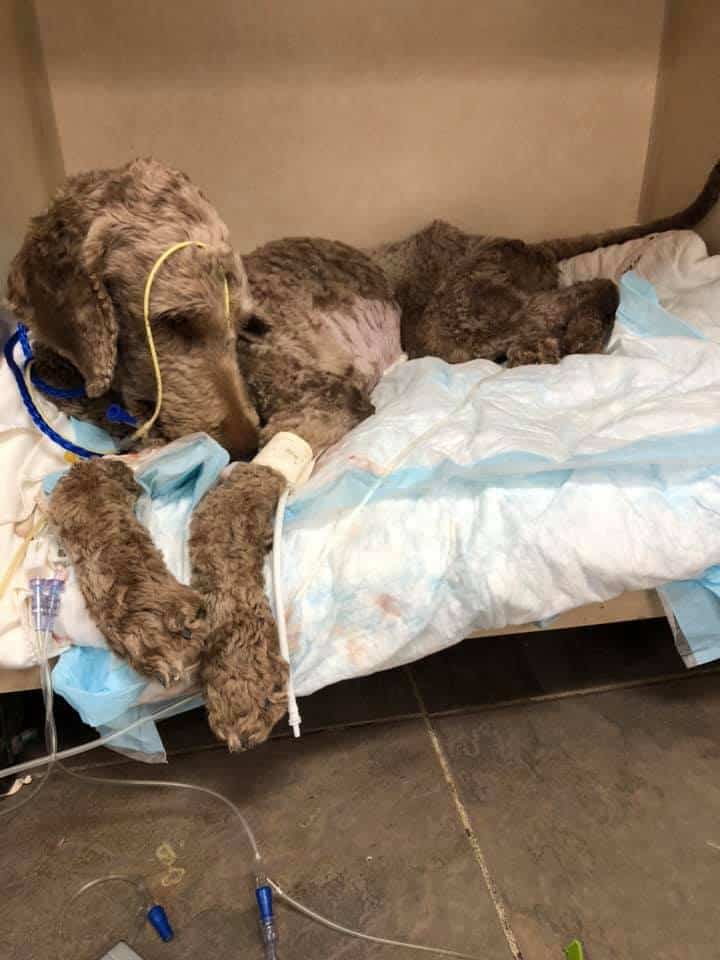 Elliott had a family and had previously been purchased for $5,000. More than a week ago, he started to display symptoms of being very ill, and when his owner brought him to the veterinarian for help, he was informed the dog had foreign matter in his stomach. The owners took Elliot home without receiving the treatment he so badly needed.

And so time ticked away for Elliott. Within a week the dog dropped more than ten pounds and was rushed to the emergency veterinarian hospital where his owners requested their dog be euthanized. By the time the two-year-old dog arrived at the hospital he was little more than skin and bones, weak and exhausted.

Fortunately for Elliott, he gained a quick friend with a technician at the animal hospital who had taken over his care. And as tired and as sick as he was however, he still managed to wag his tail when the kind tech spoke to him softly and assured him he would be feeling better soon. 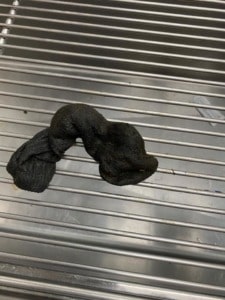 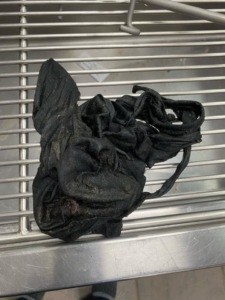 “Elliott had emergency surgery last night. He had 3 places of telescoping in his intestines, and had 60cm removed. He consumed a du-rag and a sock  Elliott will remain hospitalized at the ER for several days on heavy antibiotics, IV, and a plasma CRI.”

“It’s been a struggle stabilizing his blood pressure so that’s the biggest concern along with the high chance of fluid build up and/or his intestines perforating,” the rescue organization posted on their social media page.

Hang in there Elliott – everyone is wishing you well. To help, please 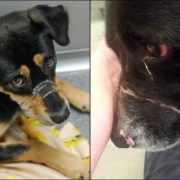 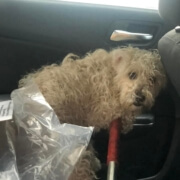 UPDATE: Neapolitan Mastiff at shelter granted reprieve for another day 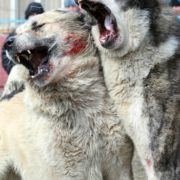 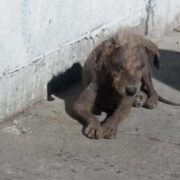 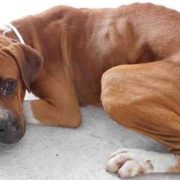 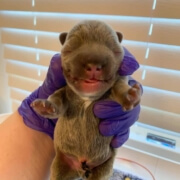 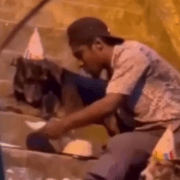