You are here: Home1 / News2 / Heartwarming3 / Coyote found sitting on restroom sink admiring itself in the mirror 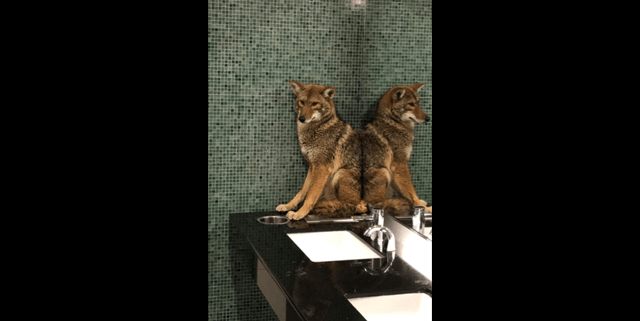 Oh, what a surprise when a “just scared” coyote found itself hiding out in and sitting in the corner of a restroom sink counter in Nashville on Sunday night while checking itself out in the mirror.

According to the Metro Nashville Police, Twitter account, the coyote was found in one of the bathrooms at a convention center. According to WsmvNews, the frightened animal ran past a security checkpoint at night and got trapped. Police then tweeted the coyote was “arrested” with catch poles and brought to a waiting police car.

The wily guest was taken to “a wooded area and safely released,” the tweet stated. 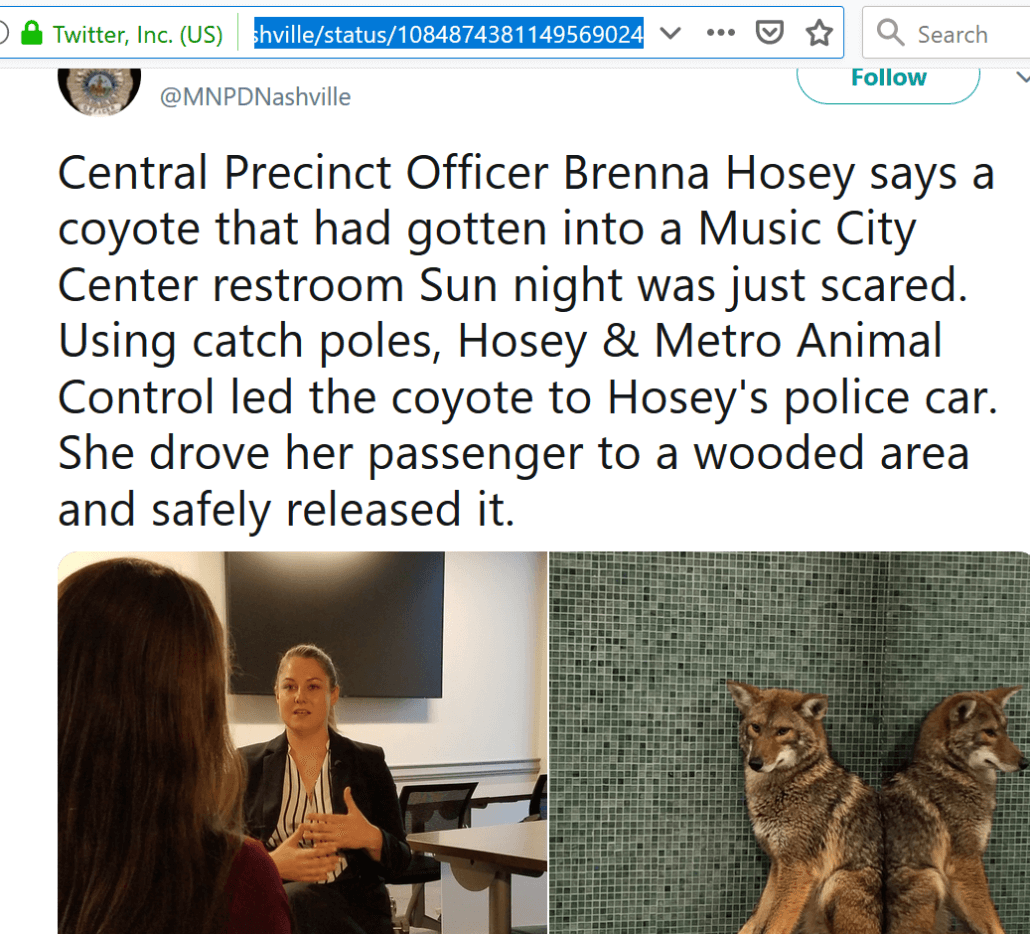 Coyotes have become common sights lately; their encounters have been caused by the area’s increasing construction and more families moving to Nashville. People are going to have to learn how to avoid the creatures, educate themselves not to feed them or leave food outdoors; thus luring them into more residential neighborhoods. After all, they were here first.

Meanwhile, Twitter followers were grateful that the coyote was freed back into his own environment.

Thank you for being so understanding and releasing it! It just made a mistake.

Thank you for being kind to animals.