A black rhino named Layla, who lives at a Chicago zoo, underwent what is believed to be the first CT (computer tomography) ever performed on her species. The seven-and-a-half, 2,300 pound rhinoceros was being treated for a nasal blockage. 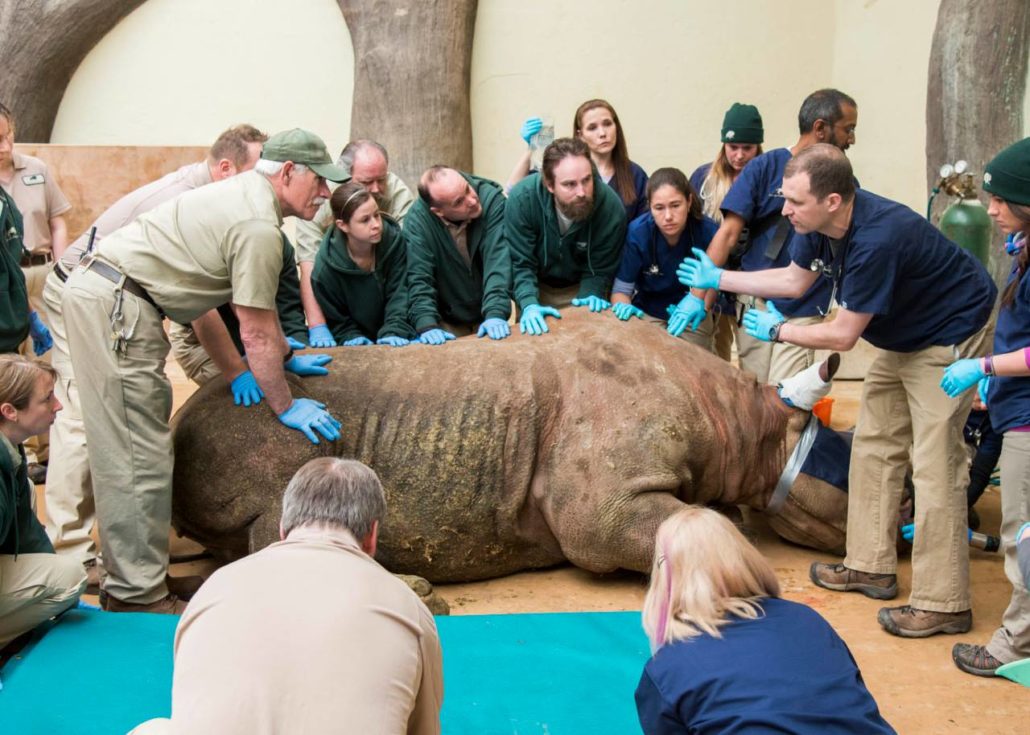 So how does one get a one ton Brookfield Zoo resident in a CT scanner? According to the zoo’s blog, Layla was too large to move inside of the zoo’s hospital where the CT equipment is located, so a scanner was brought to her. NeuroLogica, a subsidiary of Samsung Electronics,  donated the use of its BodyTom®, the world’s first battery-powered, portable, 32-slice CT scanner, for the procedure. 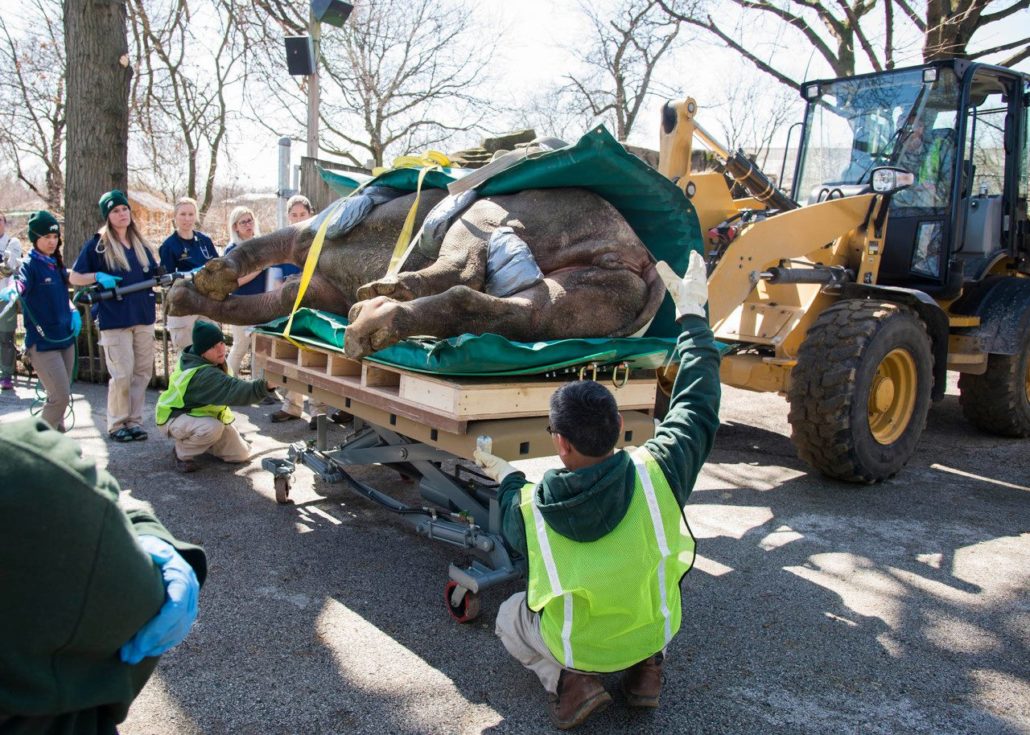 It took more than 40 zoo staff members and technicians to move Layla and to set up and operate the machine.

“The CT scan provided diagnostic results that we could not have otherwise obtained,” said Dr. Michael Adkesson, vice president of clinical medicine for CZS, which manages Brookfield Zoo. “This procedure is an example of our commitment to providing the animals in our care with the most advanced medical treatment available. More importantly, though, the CT scan on Layla has provided us an unparalleled look inside of her skull. The images we obtained will guide our future treatment plan. We are extremely grateful to NeuroLogica and Sound Technologies for their support in this critical undertaking to help Layla.” 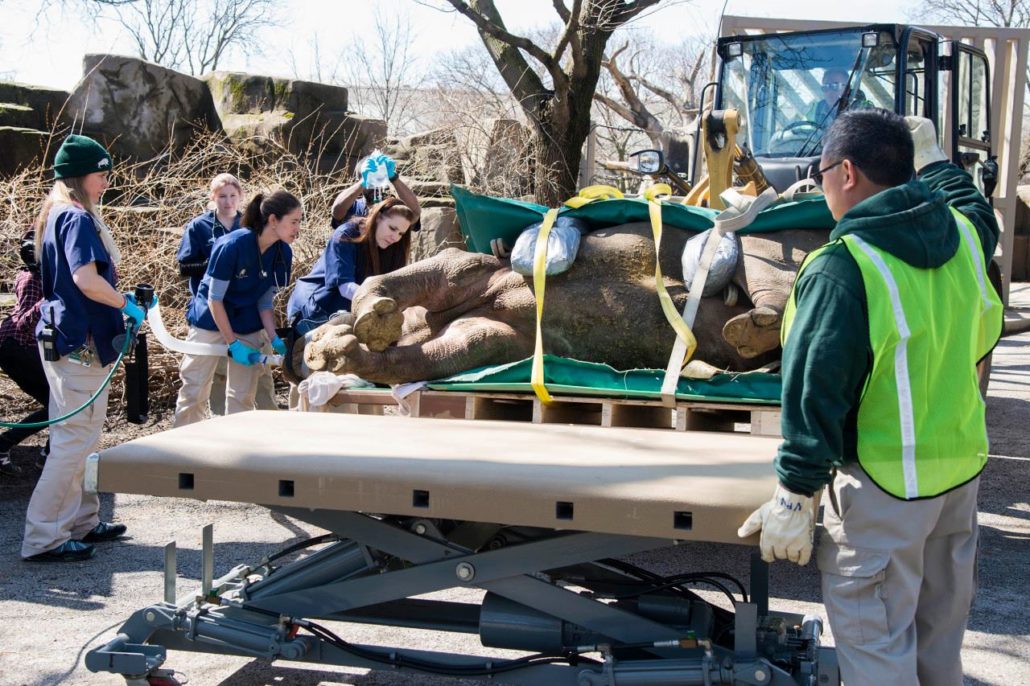 After being anesthetized and stabilized, Layla was slid onto a platform and a front-end loader moved her onto  a surgical table. Staff moved the table to the portable CT scanner set up in the Pachyderm House. 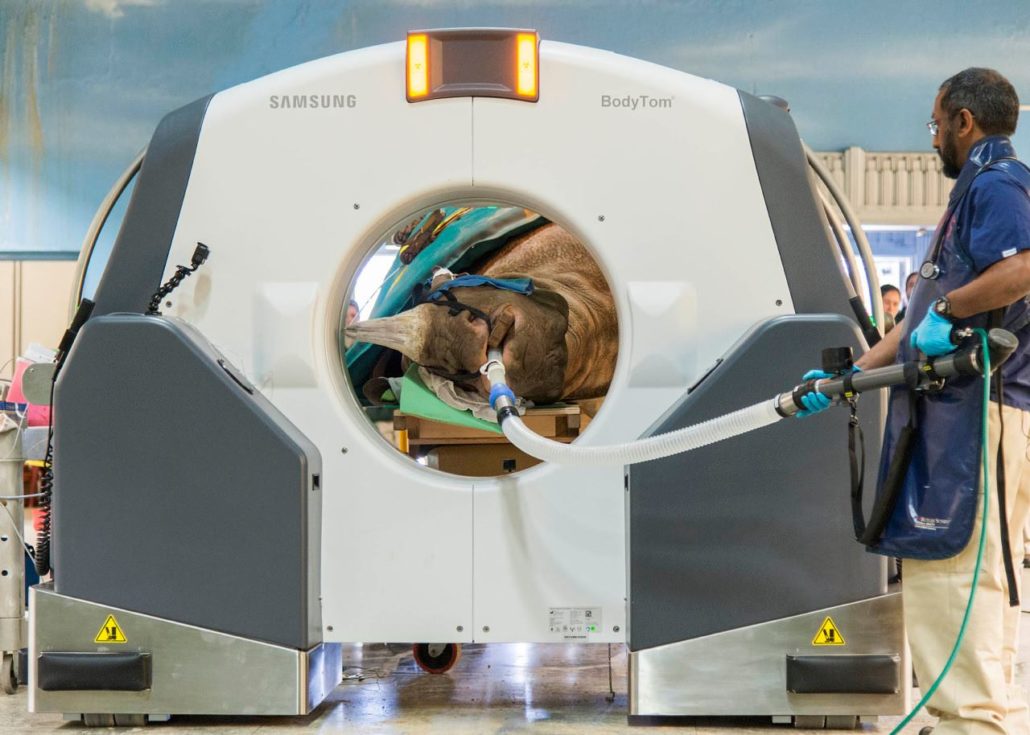 In December 2017, Layla had been experiencing difficulty breathing. An operation to clear her nasal passages had been performed, however the problem persisted.  Once the images were obtained on the CT scan, abnormal tissue associated with the root of one of Layla’s upper molars was found. The regrowth of this tissue has been causing the obstruction in her nasal passages and sinuses. Arrangements are being made to operate on the rhino and remove the last of the obstructions.

Layla was born at the Kansas City Zoo in Missouri in 2010 and transferred to the Brookfield Zoo two years later as part of an approved breeding program. The species is considered endangered with approximately 5,000 still living in the wild. There are currently 59 living in North American zoos. 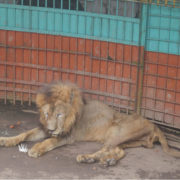 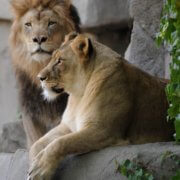 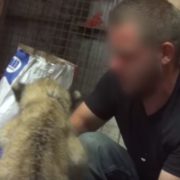 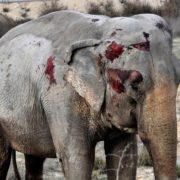 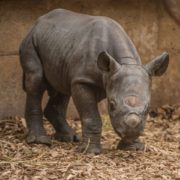 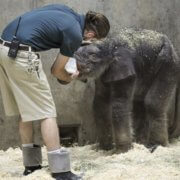 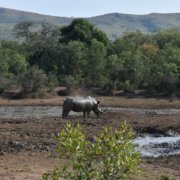 Family surrenders 14-year-old dog stating she can be ‘aggressive̵...
Scroll to top