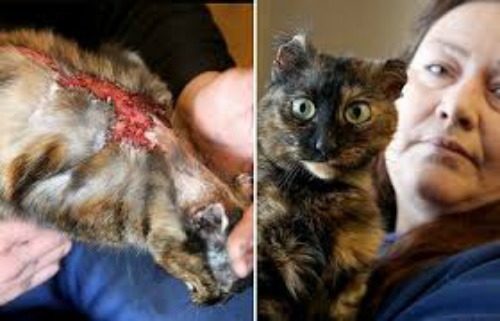 An unknown heartless culprit has poured boiling hot water on two neighborhood cats in Poole, England. Authorities believe one person is responsible for dousing both cats over their heads and backs with the burning liquid which seriously scarred both animals; almost killing one of them. 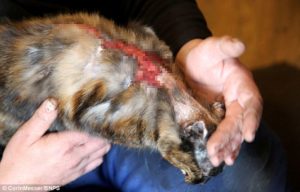 According to the Daily Mail, it is believed the same person attacked the cats since both pets lived just doors apart from each other. Police speculate a disgruntled neighbor may have been angry at the cats entering into their yard and then poured the liquid from a kettle or a pot. The first attack happened to a tortoiseshell cat named Lavender in October 2016. When her owner, Sarah Cutler returned home, the cat was in such pain from her injuries, she could barely crawl.

“Her injuries were so horrible and we took her to the vets straight away. She received treatment, but the fur and skin from her back kept coming off for the next week. It took them quite a while to actually conclude she had been scolded by boiling water,” Sarah stated.

Lavender is no longer permitted to go outside. Her injuries are permanent, and the cat seems to have lost her zest for the normal kitty curiosity. Sarah added:

“She’s still getting infections, has lost the top of her ears and will never regrow the fur on her back. We can no longer let her outside because of the injuries and she wouldn’t dare to anyway, she’s too scared. She’s become very subdued since the attack, which has been life-changing for her.”

The second incident occurred earlier this month, and that cat involved nearly died from her injuries. Whether the person responsible for the attack was angry about a special garden the cats may have messed up or birds the cats may have attacked, there is no excuse for such egregious cruelty. Neighbors with cats are in a panic over the safety of their pets. The best advice would be to keep all cats safely indoors.

The RSPCA is asking for the public’s help. Anyone with information is asked to contact authorities. No one has the right to make any animal suffer.

(Photos of heartless culprit dousing cats with hot water via screenshots via the Daily Mail.) 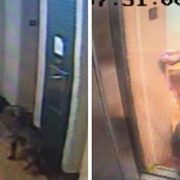 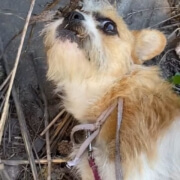 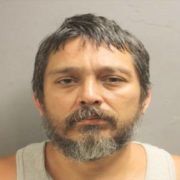 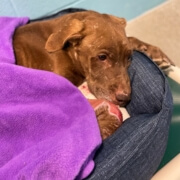 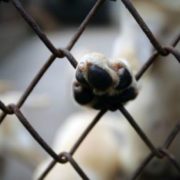 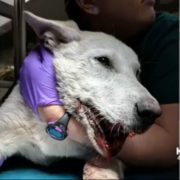 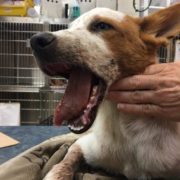 No one knows how Samantha was blinded: Rescuers helping her cope
Scroll to top