You are here: Home1 / News2 / Heartwarming3 / Injured eagle standing in middle of road rescued by police 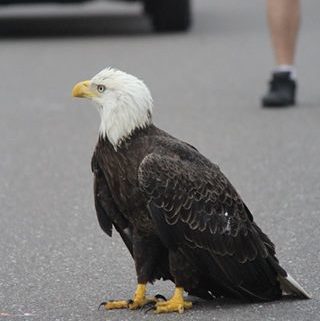 Who would ever expect an injured eagle to be standing in the middle of busy Countryside Boulevard in Clearwater, Florida on Wednesday morning blocking traffic? 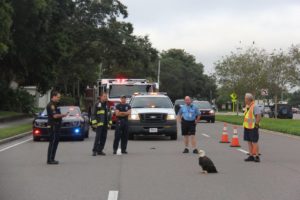 According to the Clearwater Police Facebook, a motorist called to report the injured bird of prey. The Clearwater Police Department quickly responded along with the fire department, to come to its immediate aid. First responders think the bird had been gnawing on roadkill in the middle of the road and didn’t move out of the way of an oncoming vehicle quickly enough. 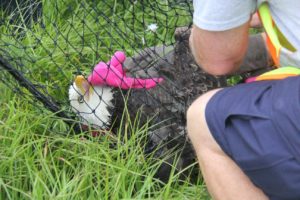 Police, firemen and a wild life expert were able to capture the raptor, and the female bird was transported to the Busch Garden’s Zoo where she is being treated for an injured wing. It is expected she will be released when she is well enough, and wildlife rescuers state they will return her to the spot where she was hurt, where it is suspected her mate awaits.

Another happy story helping those who cannot speak …with many thanks to everyone who helped.

Update on 16-year-old dog surrendered for being ‘too old’