Less than a week ago, a 16-year-old dog named “Snow White” found herself without a home after her family decided that she was “too old” to keep. The elderly dog had been surrendered to the Carson Animal Services facility in Gardena, California, where she was scared and confused.

Fortunately, there is a happily-ever-after on tap for this senior dog. Thanks to the Frosted Faces Foundation, Snow White is out of the animal control facility and on the receiving end of good care, and unconditional love.

On October 2, the rescue agency notified Facebook followers that the senior dog had been saved, “Yesterday 16 year old Snow White was abandoned at Carson Shelter because her family decided she was “too old.” A video filmed by a volunteer of her stumbling in circles and head pressing alone in the shelter was seen by over 58,000 people. One of those views was us, so by this evening she became a Frosted Face, because “to love is to act!”

Snow White was immediately taken to a veterinarian for an exam. In addition to being groomed, she was prescribed Prednisolone and Clavamox for infection and possible vestibular disease – the vestibular disease is believed to be responsible for her stumbling and spinning.

Snow White is still doing her spins, but maybe a little wider? While she spun nearly 16 hours consecutively the first day, we have learned to dose her with melatonin in the morning to give her an afternoon nap, which worked!
She also needs a project and a stable surface to sink into for a little break. Our large dog bed sucks her in like quicksand to prevent her from tipping over and she really likes kongs. She loses interest in bones pretty quickly and has a hard time grasping them, which results in her getting frustrated and spinning again. 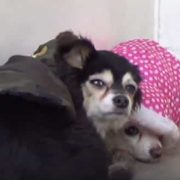 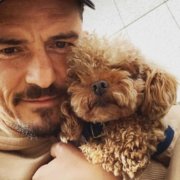 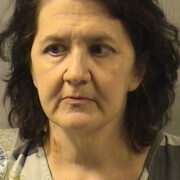 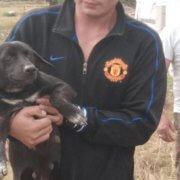 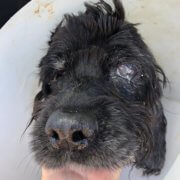 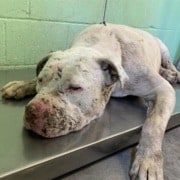 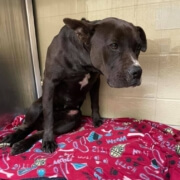