During a safari photo tour in Tanzania earlier this month, a group of tourists had an unexpected close encounter with a curious cheetah – not included in the tour mind you. In a video, captured by photographer Peter Heistein, the handsome cheetah is shown jumping into the back seat of a jeep – checking it out and getting a better view of the surroundings.

The video of the encounter was posted on Facebook. The man shown in the video is Britton Hayes, who was told by his guide to remain perfectly still and to slow his breathing as not to alarm the cheetah. According to Hayes, the group had been watching other cheetahs hunting in the Gol Kopjes of the Serengeti when this amazing opportunity occurred. 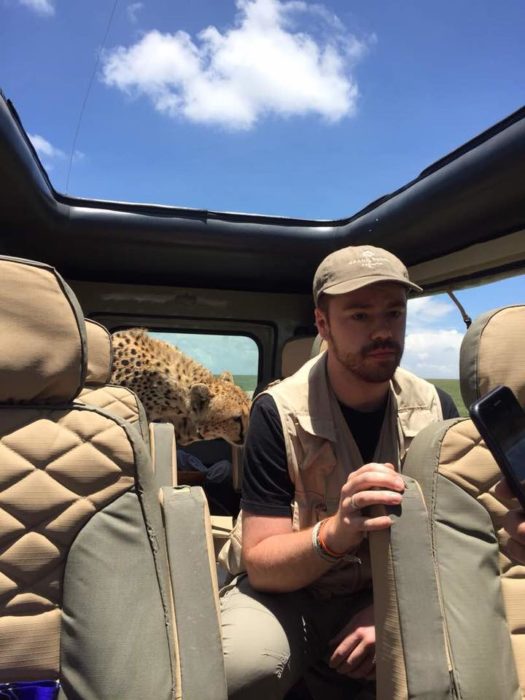 According to KomoNews, another cheetah was on the hood of the jeep, and there was no way to drive away and possibly startle the animals. Momentarily Hayes, who lives in Seattle, thought he was going to die, but said “I’ve never felt more alive.”

Going on photographic safaris don’t come without risks. There have been reported accidents where tourists have been hurt or even mauled to death – although the circumstances seemed to have stemmed from carelessness and not paying attention or heeding the warnings of professional guides and park personnel.

Fortunately there were no trophy hunters in the park!

Check out the videos: 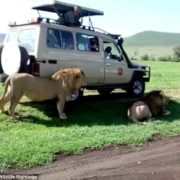 Man shot neighbor because he thought dog was being abused