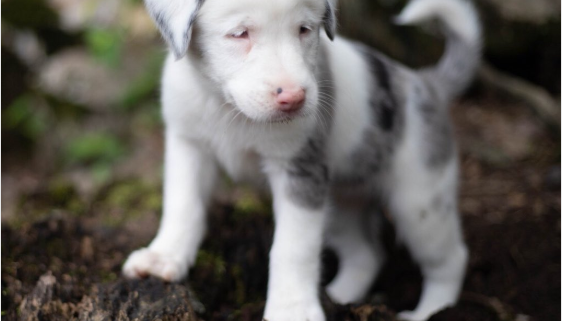 A deaf foster puppy has fallen into a deep hole in Huntsville, Alabama, and a rescue group is desperately seeking ideas to get her out. According to Live 5 News, the seven-week-old puppy, named Toffee, is trapped 50 to 60 feet underground and rescuers have not been able to get her out.

Fire fighters and a cave rescue squad have tried, and failed, to rescue little Toffee. The tiny pup has been in the narrow hole since 5 p.m. on Thursday. According to the news agency, A New Leash on Life, as well as the fire department personnel, are looking for a solution. Anyone with an idea is asked to email pets@anewleash.org

Follow the rescue effort, and see the possible solutions which are being offered by the public, at this link to Twitter.

Watch a video of the rescue effort for little Toffee

Crews are trying to rescue a puppy in Huntsville.

Stray dog found with over 200 puncture wounds – reward offered for in...

Disabled dog abandoned on street in Argentina
Scroll to top