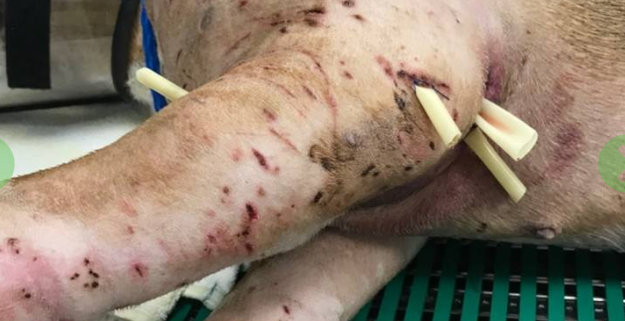 On Tuesday, police picked up a stray dog in Dearborn, Michigan; the dog has over 200 puncture wounds on her body. According to Detroit News, the female dog, dubbed Emlyn, is receiving care for her extensive injuries at Lincoln Park Veterinary Hospital.

What happened to this stray?

Nobody knows for sure what happened to this dog, but there is speculation that she may have been used in dog fighting – specifically, as a bait dog. Some of her wounds are fresh and others are estimated to be months old. In a statement, Jeffrey Disik, one of the dog’s veterinarians, described the injuries:

“This dog has more than 200 puncture wounds, some fresh and some that probably occurred over the last few months, and was most likely used as bait in dog fights. She also has bacterial infections in several areas. Thankfully, she is recovering nicely and will be returned to FAMD in the next day or two.” 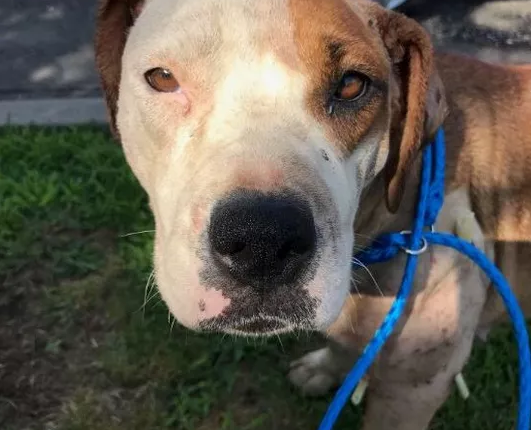 A reward for information

Friends for Animals of Metro Detroit has taken the wounded dog under its wing and they are offering a $1,000 reward.  Elaine Greene, the group’s executive director, stated:

“Somebody had to have witnessed this horrible incident. Please contact the shelter at (313) 943-2697 with any information so we can prosecute this person.”

How you can help

Funds are needed for Emlyn’s ongoing veterinary care. Click here if you are interested in making a donation.

Deaf foster puppy fell 50 feet into a hole – rescue is searching for ideas...
Scroll to top