You are here: Home1 / News2 / Heartwarming3 / The Seager Sagas – the perception of a bad dog

For friends and family and the vast connection of people known only on social media, there may be the perception that Seager, our now teenage German shepherd, is a bad dog.  “But why?” you may ask…truth be told, though many candid Seager shots are posted to my Facebook page (who can resist this pup’s adorable mug?) there are also public complaints posted by yours truly… 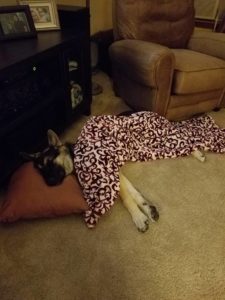 I admit – I fail to make Facebook posts that say “Seager appropriately chewed his bone today!” opting instead to rant when he ate my photo books (I won’t lie, tears were shed that day), or vent that he chewed on the only two area rugs in the house that I care about (yep, he managed to bypass the one that I’d like to be rid of). 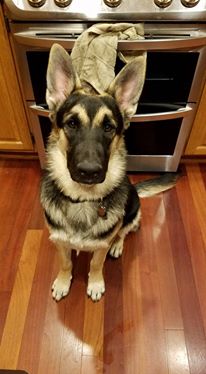 Judging by my vents and rants, those who haven’t met Seager may assume that he’s just a “bad dog.” Not true…he’s a very good dog, when he’s not being naughty. He’s mostly calm (except first thing in the morning!), he’s mostly well-behaved (except when he eats our valuables) and he’s 99.9 percent house-broken (except when he pees all over the house when my husband gets home from work).

Without fail, after my vents and rants, I get lots of comments (and some suggestions) about what Seager needs in order to be “a good dog.” I see lots of “he’s probably bored” comments…which I follow up with my assurances that he is walked nearly 4 miles a day (that’s all this gal has in her these days), and that he has lots of playtime with his very own German shepherd buddy “Chesney.” 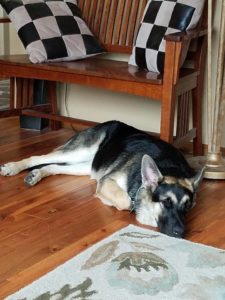 Have no doubt, Seager has access to a boat load of toys (our house looks like a Petco truck overturned!) and he gets a good deal of attention (I obviously work from home), but sometimes, he’s naughty, and typically, it’s because I have failed to appropriately confine him when we are away from home (nope he’s not 100 percent trustworthy yet).

Truth of the matter is just this – he’s still a puppy and he’s going to be “bad” sometimes. I have no doubt that he will grow out of this stage of his life, but I can’t promise that I won’t rant on Facebook the next time that he decides to use those big old teeth on something that I care about.

Investigation into teen’s Snapchat video of dog in Texas being lit on...
Scroll to top