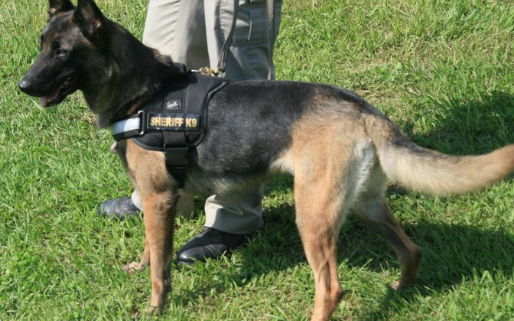 It has happened again – another police K9 was forgotten in a car and has died from heatstroke. According to Friday’s KNWA News, a young police canine with Arkansas’ Madison County Sheriff’s Office died on Thursday.

The dog, a Belgian Malinois named “Lina,” was just three years of age. According to the website for the Madison County Sheriff’s Office, Lina was trained to track and detect narcotics. Lina was partnered with Deputy Cornelison and she had been acquired through donations from businesses and citizens in Madison County.

The sheriff’s office had noted that Lina was “full of energy,” and they anticipated that she would work with the department for several years.

Lina’s death is under investigation by the Washington County Sheriff’s Department.

Several police K9s died inside of patrol cars during the hot summer months – a Belgian Malinois in California died after the air-conditioning unit in the patrol car failed, and a yellow Labrador retriever perished after being forgotten for hours inside of a patrol car in Pennsylvania.

On a lighter note – a beloved police K9 was recently captured on video enjoying a sweet treat at Starbucks – click here to view.