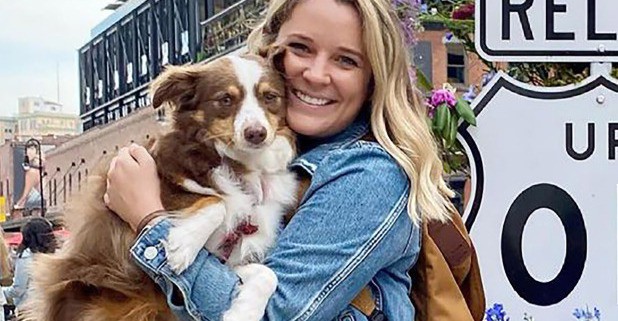 A New York City dog-walker’s accidental mess up left a dog stranded inside of a vacant apartment for four days, without food and water. As reported by the New York Post, Stella, a three-year-old miniature Australian shepherd made it through the ordeal, but her disappearance caused her owner a great deal of anxiety.

Stella belongs to Dr. Autumn Brewer, who believed that her dog was stolen while she was working a night shift. But as it turns out, it was an accident by a young woman named Sarah, who mistakenly opened the door of a neighbor’s apartment after taking Stella for a walk. The dog-walker’s key somehow opened the wrong apartment door – the residents of the apartment were out of town on vacation, and if not for some surveillance footage and sleuthing, Stella’s true location might not have been determined in time.

Rover, the application through which Stella’s walker was hired, released a statement after the dog was found:

“We’re overjoyed that Stella has been reunited with her family! We’ve reached out to Autumn to offer our continued support. We appreciate all the efforts that went into bringing Stella home.”

Stella was taken to a veterinarian for an exam and she seems to be okay, despite her extended time without care. On Instagram, her owner writes:

Everything checked out at the vet & she’s adjusted right back into her usual routine. Right now I’m just so thankful to have my sweet pup back home & we’ve been busy catching up on all the missed snuggles.

She also thanked those who had helped bring Stella home:

“We are so incredibly thankful for everyone who helped get Stella home safe & sound. Thank you for sharing on social media, calling shelters, & helping post fliers. Thank you to those who reached out to check on me & let me know you were praying & hoping with me. Thank you to @roverdotcom for covering the cost of the fliers, reward, & vet bills upon her return.”

Read a play-by-play of the “insane rescue” at this link.

Mac the Goldendoodle who disappeared with woman claiming to be dog sitter has...

Area residents fight to save life of swan deemed ‘too aggressive̵...
Scroll to top