You are here: Home1 / News2 / News3 / 13 rangers among the dead following ambush at gorilla park

A deadly ambush, claiming the lives of civilians and 13 park rangers, has taken place at a gorilla park in in the Democratic Republic of Congo’s Virunga national park, which is internationally recognized for its wildlife and habitats.

The attack happened on Friday as park rangers were escorting a convoy of civilians – the death toll is believed to have claimed at least 17 lives. An estimated 60 militiamen, believed to be part of a Rwandan rebel group, took part in the deadly ambush.

A statement from the Virunga National Park, which is a Unesco World Heritage site, explains:

“Initial investigations indicate that the rangers were on their way back to their headquarters when they encountered a civilian vehicle that had been attacked and subsequently came under a ferociously violent and sustained ambush.”

Park officials have stated that the Democratic Forces for the Liberation of Rwanda, an armed rebel group, is responsible for the killings, writing:

Park officials have stated that two more people sustained injuries and are being treated.

Stay safe and sane, at home with your dog! Design reads, “Safe at home with my dog #pandemic 2020”  Click here to find your favorite style and color.

Karma is a b*tch, Choose Kindness! (paw print is in place of the “i” in this unique design) Choose your favorite style and design at this link. All sales help support the continuation of our site and spread a message of kindness. 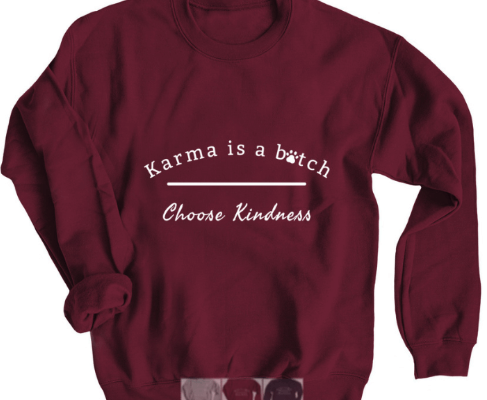 Florida man decapitated cat to show ‘what he was capable of doingR...
Scroll to top