Residents and animal welfare advocates in and around Summerville, South Carolina, are outraged after a local pet store announced their plans to begin selling puppies from commercial breeders. For years, Petland Summerville worked with area rescue groups to place homeless cats and dogs, but a new store owner has other plans.

The fallout from the pet store’s announcement

Shortly after Petland announced its decision to sell puppies from commercial breeders, area rescue groups said that they sever ties with the pet store. Dorchester Paws executive director Kim Almstedt is quoted in the Post and Courier:

“We cannot in a good conscience move forward in a relationship with a business knowing that the animals they are bringing into our community will overwhelm an already existing taxed system.”

“To import animals from a commercial breeder at a time when we are battling to save more of these precious lives is a tragedy.”

Brad Parker, who owns the Summerville pet store as well as two other Petlands in Georgia and Florida, has expressed surprise at the backlash he is seeing from the rescue groups. He commented on a recent press conference which was held about the store’s plans to change to selling commercial breeder puppies:

“I’ve never had a press event held against us. … It was a little disappointing.”

Parker has stated that he wants to sell puppies from breeders and continue promoting shelter pets for adoption.

On the Petland Facebook page, multiple videos and posts have been made about where the retailer gets its puppies from. Despite claims of working only with responsible breeders, many individuals who are angry about the change are leaving comments of disappointment on the page. Others have commented that a reputable breeder would never send its puppies to a pet store to be sold…disputing the “upstanding/responsible” claims that the pet store is promoting to potential customers.

Feel free to weigh in on this situation. Is Petland Summerville making a mistake by working with commercial breeders? Do you believe that the homeless pet situation is overwhelming and more should be done to place rescue and shelter pets in homes? 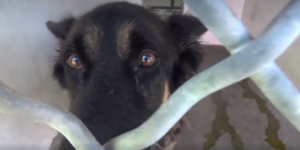 Couple charged for torturing dog to death – the sad tale of ‘Wo...
Scroll to top