You are here: Home1 / News2 / animal cruelty3 / Man stashed his tiny puppy in a locker while he toured gym 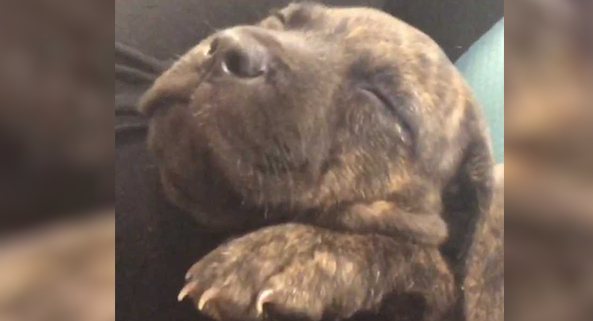 A man is in hot water for his extraordinarily poor choice to leave a young puppy inside of a locker while he toured a gym in Atlanta, Georgia. According to multiple sources, the man (who has not been named) was taking a tour of an LA Fitness business, so he decided to leave his two-month-old puppy stashed in a locker.

As reported by WTHR News, the man has defended his decision to lock the puppy up – he told the news agency, “I didn’t just throw it in there and then left her. I made sure that it was comfortable. I had left a couple, like, shirts and jeans where she can lay down or something comfortable and I left some dog food also in there so she can eat and you know, lay down.”

Nice try but you are still being charged

Though staff at the gym was able to get into the locker and rescue the young pup, the man is still in trouble. As reported by CBS 46 News, he was ticketed for cruelty to animals. Unfortunately, the puppy was sent home with him.

In other criminally stupid news

A cruel Pennsylvania man failed to shelter his dog from the intense heat of summer and the dog died in his backyard. The 37-year-old man is facing felony charges for his poor decision – read more about the sad case here.

Meanwhile in Arizona, someone tossed a severely injured pit bull puppy into a metal dumpster in the midst of intense heat – thankfully a good Samaritan heard the puppy crying and he was rescued before suffering heat stroke. Read more about this little survivor, and the search for the cruel person who dumped him, here.

This senior dog was thrown away like trash – read more here.

Canton man and girlfriend accused of skinning dog in horrific viral video a...