You are here: Home1 / News2 / animal cruelty3 / Puppy in a box abandoned at cemetery during heat wave 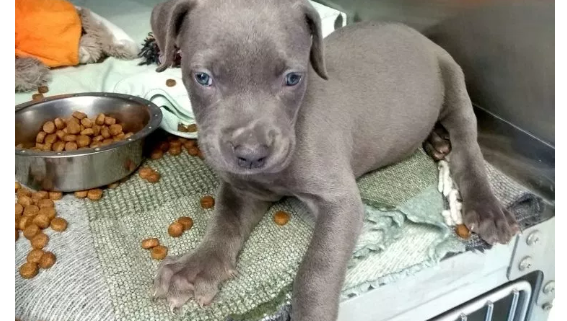 In the midst of a summer heat wave, someone decided to abandon a puppy at a cemetery in west London. According to Metro U.K., the young puppy was left in a cardboard box which was marked “fragile.”

Though the young pup was abandoned during the intense heat, whoever did so appeared to have some level of concern for her and they opted to leave a note providing some information. According to the RSPCA, the note indicated that the puppy was eight-weeks-old and that her name is Mia. The note added that Mia is a mixed breed who had not received any vaccinations.

Fortunately Mia was discovered before suffering from heatstroke. She is being cared for at the RSPCA Animal Hospital in Putney. Investigators are hoping that someone will come forward with information about whoever owned her and/or abandoned her in the cemetery.

RSPCA Inspector Beaman commented on the poor decision to abandoned the young puppy at the cemetery:

It’s completely irresponsible to abandon a pup of this age in this way, particularly during this heatwave which is so dangerous for animals.

Man accused of intentionally running over dog with his boat – read more here.