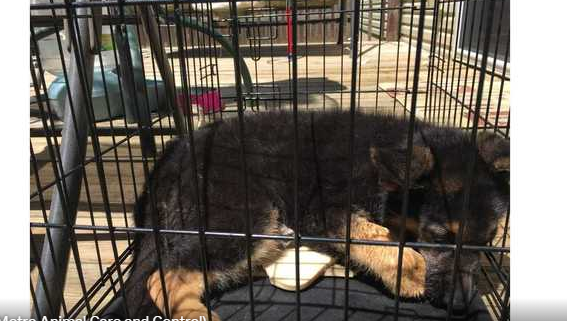 The owners of a beautiful German shepherd puppy have been cited for allowing the pup to die of heatstroke after being left outside in a cage. According to WKRN News, the 12-week-old puppy died on Saturday after being left in the intense heat without shade or water.

Hany Mehany told the news agency that his wife put the puppy outside with water and claims that the puppy somehow got into the cage and died while they were away from home. 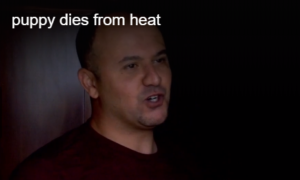 The puppy, named Scooby, was a gift to their 10-year-old child, who is distraught about the death. The family claims that the situation is a terrible accident – animal control has cited the wife for the puppy’s death.

The conditions on the day of the puppy’s death

The young shepherd pup died on a day when the temperature climbed to the 90s in Nashville. Someone noticed the puppy in distress on Saturday and reached out to Metro Animal Services. Officers had to jump a fence to reach the caged pup who was already dying from the heat. Though efforts were made to cool Scooby down, the damage was done. A necropsy on his body revealed a core body temperature of 112-degrees 30 minutes after his death.

MACC field supervisor Sue Baker told the news agency, “This dog would have lived with proper shade, water, and care.” Adding, “This is absolutely an avoidable death of an animal.”

The news agency reports that the puppy’s family is “actively” seeking another German shepherd puppy.