You are here: Home1 / News2 / animal cruelty3 / Family dog chopped up in prop after man ran him over with a boat 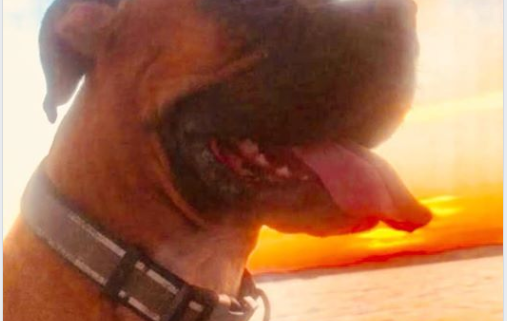 An Alabama family is mourning the loss of their dog, who died after being chopped up by the prop of a boat on Lake Martin. The terrible details about what happened to two-year-old Cletus, a boxer, were posted to Facebook by Sonya McGowan, a friend of the grieving family.

What happened to Cletus?

According to a friend of the dog’s family, on July 16, around dusk, friends and family were playing and exploring around Goat Island. Cletus and a goat were swimming in the water and appeared to be struggling. McGowan wrote:

My mom was concerned for both of the animals so she and our friends started the engine on their boat to go rescue the animals moving cautiously towards them.

According to McGowan, a man in a pontoon boat blocked her mom’s path to the dog and goat – initially, it was believed that the man wanted to help the animals, but his cruel intent quickly became clear. McGowan wrote:

“However, after he pulled closer up he ran right over our boxer and went straight for the goat. The tired and now injured Cletus bobbed up out of the water after getting hit and struggled to try and climb up on the pontoon boat. My mom and our friends were yelling cut your motor off, cut you motor off!”

What happened next is unbelievable

The horror didn’t stop after the man ran over the dog – he backed up his boat, chopping up the dog’s body in the prop of the motor. McGowan recounted the horrific scene:

“Despite the desperate pleas to turn his motor off, He did not attempt to get Cletus on his boat or turn his motor off. He put his boat in reverse and Cletus went straight into his motor. A dark pool of blood appeared instantly along with chunks of Cletus’ body that immediately floated to the surface. Cletus was gone, killed senselessly from an evil man without any remorse. One witness to the slaying states”It was a bloodbath, horrific, cruel and preventable.”

Charges against the accused man?

PETA has been informed of the cruel incident. According to McGowan, the Elmore County Sheriff’s Department has “not been helpful.”