You are here: Home1 / News2 / Dogs3 / Missing police K9 in Florida has been found dead 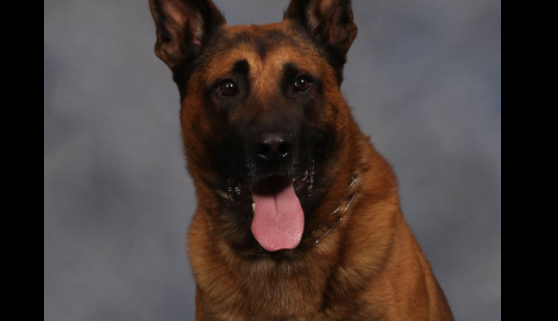 The search for a missing police K9 has ended tragically. According to Florida’s Charlotte County Sheriff’s Office, K9 Edo has been found dead. On Monday, the Sheriff’s Office alerted Facebook followers to the devastating news of Edo’s passing:

The Charlotte County Sheriff’s Office is heartbroken to report that K9 Edo has been located in North Port and is deceased. K9 Edo has been missing since Saturday evening when he escaped from his kennel by unknown means.

“We are overwhelmed by the support we have received from the community while searching for K9 Edo, both in North Port and Charlotte County. This was not the outcome we had hoped for, and our thoughts and prayers are with the handler and his family at this time.”

On Saturday evening, around 8 p.m., Edo was discovered missing from the kennel in his handler’s garage – according to the Sheriff’s Office, the garage door had been left open “due to the cooler weather.” It remains a mystery how the dog got out of his kennel, or if he was removed. An investigation by the North Port Police Department is underway.

Interested in following only heartwarming stories? Please follow the Positive Pet Rescue Report Facebook page
Continue reading: Horse drawn carriage slams into cars
Recently in the news: Police K9 reunited with handler who resigned from department
Did you know that if you want to get updates from a Facebook page, you have to do more than just “like” it? To get recent postings in your Facebook feed, you must also hover your mouse over the word “following” and then click “see first” from the drop-down menu. You may want to check back with your favorite pages on occasion because Facebook often changes your settings, no longer having your favorites among those to “see first.”

Someone shot family’s young dog inside of her owner’s fenced ya...