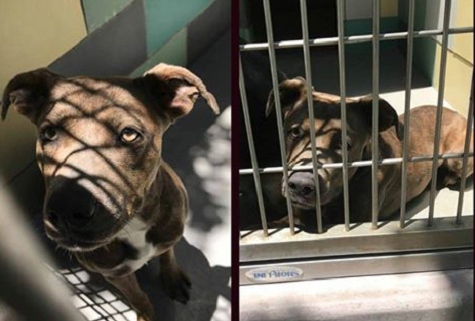 A dog described as a “very good girl” was returned to the animal shelter after she was adopted during a free adoption event in Riverside County, California. The young dog, dubbed “Myah,” had been at the Riverside Animal Control in San Jacinto Valley for two months before she finally got to leave during the “Clear the Shelters” event.

And it wasn’t her fault that she was returned – apparently a dog at her new home didn’t like her and she had to go back to where she started. On August 27, her advocate wrote:

She waited 2 months, day after day to be adopted, do you know how special she is to have lived that long in this shelter? Finally, on Clear the Shelters day she was adopted at a give away price…only to have resident dog continually go after her, so she is back…confused, heartbroken and right where she started. SHE IS A VERY GOOD GIRL…

Myah needs a second chance – she didn’t ask to be here and she deserves to be in a loving home, where she can be a beloved companion, rather than a caged animal. Please help Myah find a new family by sharing her adoption information.

After 20 years, re-homed pony is back with his owner – watch the beautiful video here