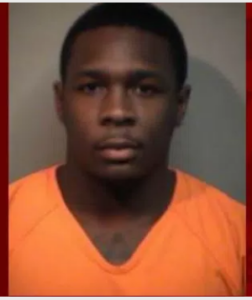 The discovery of a dead dog, stuffed inside of a dog food bag, has resulted in the arrest of a man in Georgetown, South Carolina, reported Sunday’s WSPA News. The man facing animal cruelty related charges has been identified as 27-year-old Desmain Campbell.

Authorities were alerted to the concerning situation in June after neighbors reported an aggressive pit bull running at large in Campbell’s neighborhood; residents in the area stated that the dog belonged to Campbell. Another call was made to the authorities suggesting that dogs at Campbell’s residence were being mistreated and those suspicions were confirmed after the police went to his home and discovered one dog dead in the dog food bag, as well as an underweight mother dog and puppies, and dogs left outside, in dirty kennels, in the heat without access to clean water.

The situation has resulted in Campbell facing charges for animal cruelty, permitting domestic animals to run at large and failure to bury an animal.

Click here to read about a lonely homeless dog being comforted by a shelter volunteer.