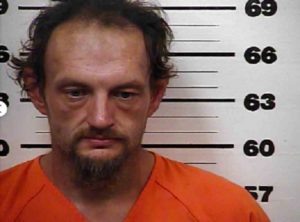 A Tennessee man is accused of moving out of his home and leaving his dogs behind. According to Monday’s WRCB TV News,  Chad Edgar Horton is facing a charge of animal cruelty for allegedly leaving three dogs to fend for themselves in a residence near Rogersville; a witness told the authorities that Horton moved away approximately two months before the dogs were discovered.

Horton’s alleged misdeed is all the more disturbing because the mobile home that he allegedly walked away from had been provided to he and his family from community donations raised by One Accord Ministry after his prior home burned down, reported the Times News.

By the time that the abandoned dogs were discovered, they were in poor condition. Hawkins County Sheriff’s Office Deputy Mark Harrell told the Times News, “I observed three dogs at the residence to be in very poor condition without food or water.”

Horton was arrested and taken to jail but has since been released – he is scheduled to appear in court in early August.