In Orange County, Florida an abandoned puppy believed to have been no more than hours or one day of age and weighing only 2.6 ounces was not able to compete with the other puppies after having been placed with a surrogate mother, posted the Orange County Animal Services on their Facebook page. 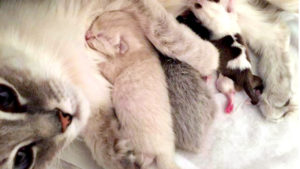 On Saturday, the tiny puppy, dubbed Kristin, had been discovered. The immediate plan to care for Kristin was to match her with a recently born puppy litter, but she was just too small to compete for a place to nurse. Kristin believed to be a Chihuahua, needed a new mom. The shelter turned to one of their rescue partners, the Pixel Fund, and who came up with the idea to match Kristin with a cat named Precious who had recently given birth to a litter of kittens: 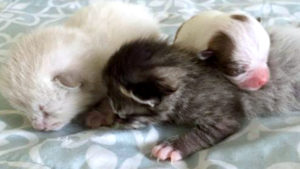 “In an inter-species display of love and compassion, Precious the momma cat began nursing Kristin the tiny pup right along side her own kittens. If we humans could take a moment to examine our relationships with our furry friends, we would learn much,” the rescue added in their Facebook comments.

Kristen is already reported to be gaining weight, and Precious is very protective of her tiny puppy – seems as if the step brother has officially been adopted. 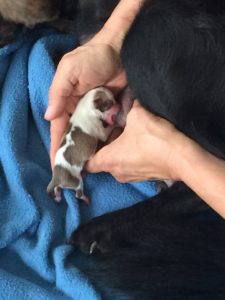 Guilty plea from breeder who neglected ‘Libre’ the puppy