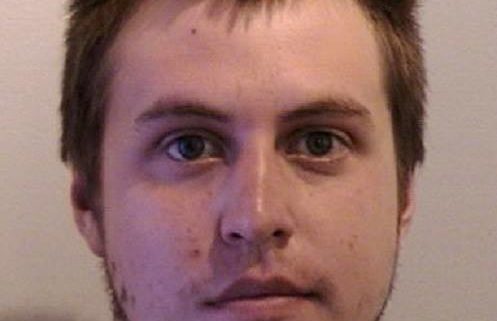 A man in Massachusetts is accused of a bizarre crime spree which left a Martha Vineyard family’s dog painted purple. On Sunday, the Oak Bluffs Police Department issued a release about the accused man, identified as Felix Reagan.

According to the police department, the unusual crime spree began on the afternoon of Saturday, September 3. Local authorities were dispatched to Firehouse Lane after receiving a report of a stolen motor vehicle that was crashed at the end of the road – the vehicle had been stolen from the Upper Douglas Lane area. A short time later, the police were dispatched to a residence on Pinewood Lane after receiving a report that a home had been broken into.

The victimized homeowner told the police that when they arrived home, they discovered a ground level window which had been forced in, items stolen from their home and their pet dog painted in purple paint.

A neighbor was able to provide a description of the suspect to the police and that information, along with a report from a Webaqua Road resident about a man looking into their home’s window, led them to the suspected criminal, Felix Reagan.

The Oak Bluff Police outlined the string of reports leading them to the suspected criminal:

While officers were searching the area for Reagan, a resident of Webaqua Road called and reported a male was looking into the window of their home. Officers then began a search of the neighborhood. A Massachusetts State Police Trooper who was assisting OBPD located Reagan in the area of Webaqua Road and took him into custody. A search of Reagan’s person revealed prescription pills, a driver’s license and credit cards that were stolen from the victim of the Pinewood Lane house break-in.

According to the authorities, Reagan was found with purple paint on his pants – paint which matched the color found on the dog inside of the Pinewood Lane home. The suspect had apparently been busy – while officers were investigating the initial incidents, another two reports of break-ins at homes on Webaqua Road were received.

Reagan is accused of continuing his bad behavior after being arrested – according to the police, he tried to kick out the windows of the police cruiser, and to kick an officer, while he was being transported to the police station for questioning.

The crime spree resulted in a slew of charges including:

These incidents remain under investigation and more charges may be filed.