A five-year-old collie destined to be euthanized last week in an Alabama county shelter has officially arrived at Rescue Dogs Rock NYC. 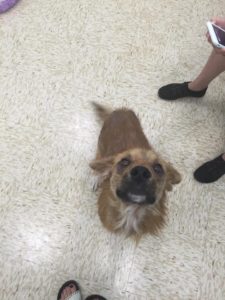 Now being bathed and medically treated for a moderate case of demodetic mange, the pup appropriately named Lucky, will soon be ready for adoption.

In an overcrowded shelter, where no one came to adopt him, the friendly dog’s only crime was having a mild case of mange and a heartless owner who had abandoned him. As the sweet dog was led quietly into the euthanasia room, Lucky sensed something terrible was about to happen, and as he was lifted up and placed on the table to be prepared for the fatal shot of a concentrated solution of poison into his arm, he would not hold still. 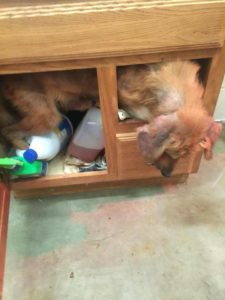 He wiggled, he struggled, and he jumped off the table to his freedom – hiding behind the shelf desperate to escape. Ironically he hid behind the drugs and syringes used to euthanize the dogs. 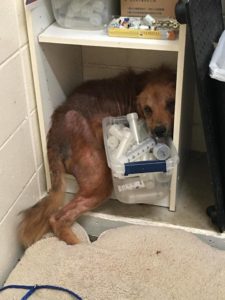 The shelter staff was so emotionally moved by Lucky’s ardent efforts to survive, they reached out to partner rescue organizations asking for help. Rescue Dogs Rock NYC  volunteered, and one week later, Lucky is safe and sound in the Big Apple.

Now looking for his “forever” home, Lucky is reported to be great with children and other dogs. 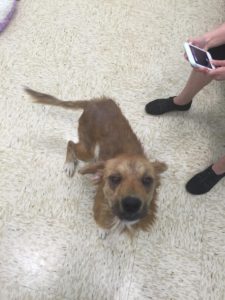 He has not been cat tested. Interested in adopting a great dog with an amazing story? Click here for adoption information.

Help support this fine organization through your donations.