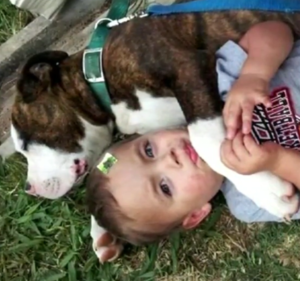 A family’s dog was fatally shot by a police officer who arrived during a child’s birthday party in Wynnewood, Oklahoma, reported Tuesday’s Fox 25 News. The police officer, whose name has not been disclosed, arrived to the home of Vickie Malone, who was throwing a party for her five-year-old son.

Malone, and children attending the party, had just gone inside to enjoy cake and ice cream when they heard shots ring out from their yard – the adults rushed outside and found three-year-old “Opie,” shot and gasping for air on the ground near the gate of the fence surrounding the family’s yard. The officer shot the dying dog two more times in front of children who were watching the disturbing scene through a window of the house.

The officer told Malone that he had been investigating a ten-year-old case and had arrived to the house with a warrant…a warrant for someone that Malone had never heard of. The officer claimed that Opie had charged him in explanation for the fatal shot. 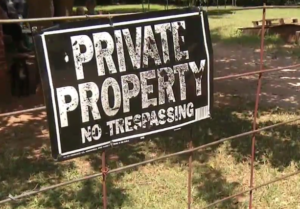 Chief Ken Moore, with the Wynnewood Police Department, has defended the officer’s presence at the house, telling Fox 25 News that the officer, had the right to be there and that he “had to start somewhere.”

The family is grieving the loss of their pet and son, “Eli,” is mourning the death of his best 4-legged friend. The family has claimed that no one from the department has offered an apology for Opie’s death.