In a heart wrenching scene, the Lancashire Police removed an autistic little girl’s dog from the family home on Norfolk Street, Lancaster last week, contending the pup was a pit bull-type dog which is banned in the country, reported the Mirror UK. 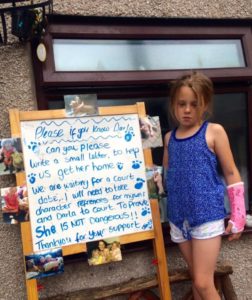 When local dog wardens reported Jenny Armer’s seven-year-old daughter’s best canine friend, Darla to authorities, eight police officers arrived with a warrant to remove the dog from the home. Armer claims the dog is a docile cross between a Shar-Pei and a Staffordshire Bull Terrier; neither of which are on the Dangerous Dogs List. The family adopted the sweet dog when she was just a puppy. Darla has played an important role with young Maddison, who suffers from autism and ADHD. Jenny’s daughter Maddison was extremely distraught:

“My daughter Maddison locked herself in the bathroom with Darla to stop them taking her. They said she measures up to a pitbull-type, and they don’t need to assess her behavior. They told me I could sign a disclaimer to have her put to sleep or I could fight the decision in the court,” stated Jenny.

On Wednesday, the Help Get Darla Home Facebook, announced the news – Darla will be coming home on Thursday!

“We are absolutely delighted to announce that our beloved Darla will be returned to us tomorrow. Our advisors Deed Not Breed, our instructed independent expert Mel Rushmore and our solicitor Kathryn Jamieson Sinclair have been working with the authorities since her seizure and following our own assessment being carried out and an opinion being given by our expert that Darla whilst having characteristics of a type dog had more characteristics of a breed, the police and our team have been in discussions as to the way forward. This has resulted in the police bringing in another independent expert who assessed Darla today and has agreed that Darla has more substantial characteristics of a breed than she does type, and our girl is coming home to us in the morning We acted on the advice of our team in respect of this, hence our posts asking for calm.  We hope you will all understand that we could not discuss the details whilst this was all ongoing. I am so happy we are all in tears. I’m so happy I could just screeeaaaammm; words will never be able to describe how grateful I am for the support from you all it has been absolutely amazing. Thank you so so much love to every single person who has helped us through this past 18 days off hell.” 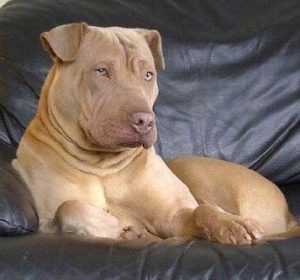 Many thanks to everyone who shared this story, signed the petition and continue to advocate for the repeal of the Dangerous Dogs List. “Kill the deed not the breed.” Live a long and happy life Darla  and take good care of Maddison.