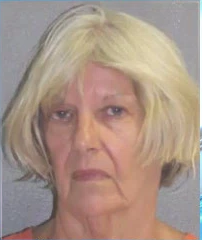 A 70-year-old Volusia County, Florida, woman was arrested after she allegedly tried to drown her dog in the ocean. According to Thursday’s WFTV News, the disturbing scene unfolded on Wednesday afternoon at Ponce Inlet Lighthouse Point Park.

Witnesses told the authorities that Marilynne Jones repeatedly dragged her leashed dog, “Gracie,” into the water…eventually the dog lost consciousness and stunned people in the area performed CPR on the ailing dog to help save her life. 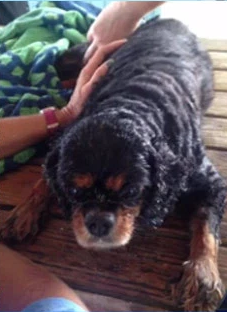 According to Click Orlando News, Gracie regained consciousness and was taken to a veterinary hospital for care. The woman accused of forcing the dog into the water was arrested and booked into the Volusia County Jail on charges of animal cruelty. No word on Jones’ motive for the bizarre behavior.

Recently in the news: Man who killed police K9 sentenced to 45 years in prison…read more here. And firefighters come to the rescue of a blind, senior dog – read more here.

Abandoned pup kept chasing after his ‘dumper’
Scroll to top