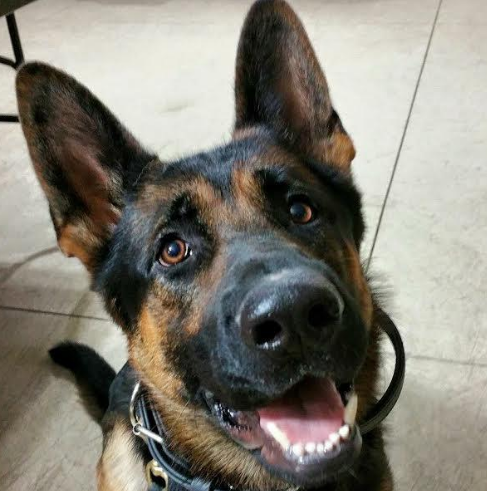 The Ohio man who killed a police K9 earlier this year has been sentenced to 45 years in prison. According to Wednesday’s publication of the Canton Repository, 23-year-old Kelontre D. Barefield received the stiff prison sentence on Wednesday after pleading guilty to charges stemming from the killing of the German shepherd named “Jethro,” and other burglaries.

K9 Jethro, who worked with the Canto Police Department, received fatal injuries after being shot in early January 2016.  Barefield had broken into a grocery store and Jethro was on duty, working the scene, when he was shot three times.

Jethro’s death sparked national outrage and it has prompted the creation of “Jethro’s Bill,” which would prohibit “a person from purposely causing the death of a police dog in the line of duty, by force,” reported My Dayton Daily News. The bill aims to create harsher punishment for those who intentionally harm police dogs.

K9 Jethro had been partnered with Canton Police Officer Ryan Davis, who credits the dog with saving his life.

‘Community dog’ covered in maggots and open wounds rescued by NYC... Calf tortured with darts as part of bullfighting tradition in Spain
Scroll to top