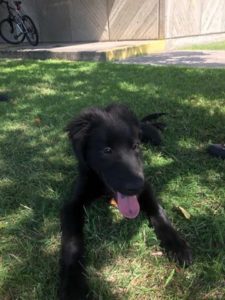 A puppy who was abandoned at the site of the former City of Plattsburgh Compost plant property, in New York, kept chasing after the person who dumped him. On Wednesday, the Plattsburgh City Police reached out to the public for help with identification of the individual who abandoned the puppy on August 24.

The police department wrote, “The Plattsburgh Police Department is looking for assistance from the community in identifying the person/s involved in the abandonment of a small puppy at approx. 12:00 noon on August 24th, 2016.” According to the authorities, whoever dumped the pup was driving a maroon or reddish color mini-van down Reeves Lane. 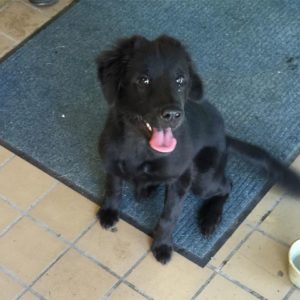 The police department recounted the heartbreaking scene which played out as the puppy was abandoned:

The individual walked the dog away from the van and then ran back to the van as the puppy chased them. They had to do it two times in order to get away from the dog. The van then sped off turning west from Reeves Lane onto Rugar Street leaving the dog behind and abandoned.

Anyone who recognizes this male puppy, who is believed to be approximately six months of age, is asked to call the Plattsburgh Police Department at 518-563-3411.