You are here: Home1 / News2 / Dogs3 / dog abuse4 / 4-week-old puppy purchased off of Craigslist and then dumped because he...
Spread the love
Tweet

When an adorable four-week-old puppy, since dubbed Little Bear, was sold to a family via Craigslist and had to be bottle fed because he still belonged in the care of his mother, his new owner decided he no longer wanted the responsibility. 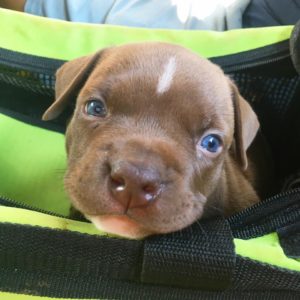 Little Bear had been purchased for $600; a father bought the pup as a gift for his six-month-old son, but soon realized having to provide the care the puppy needed to survive was just too much work. He had planned to dump the puppy on a New York City street sometime late into the night when no one could witness his heartless deed. Fortunately, the owner notified Social Tees Animal Rescue, and at 12:45 a.m., a volunteer ran out to find the puppy; Little Bear was rescued.

As is, Little Bear should never have been separated from his mother at this age and required 24/7 care. Not much information had been shared as to where Little Bear came from, except that his “mother had died.” The puppy had been part of a litter bred in the basement of a home; female dogs commonly turned into breeders and then their puppies sold via Craigslist with no responsible care or knowledge. 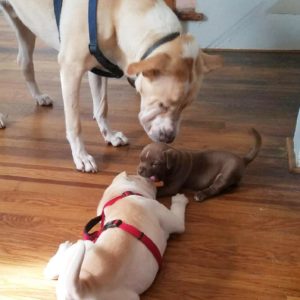 The organization is asking for help now-hoping to change the laws. To their Facebook followers, the rescue posted:

“This puppy should still be with his mom for another few weeks, but many backyard breeders who sell puppies via Craigslist and word of mouth etc. often claim the mom dog died during childbirth so it doesn’t look as heinous when they sell the puppies as soon as their eyes open — and then get mom ready to breed again faster. We are trying to figure out how to break this cycle, but there are virtually no laws (at least in NY) that prevent the breeding and selling of animals like this. Any ideas, experts, lawyers, movers and shakers out there? We have already been contacted by a private investigator and a major media outlet; both want to help raise awareness and make major change. The more voices and suggestions we have, the stronger we can all be together. Email contact@socialteesnyc.org if you have a solid lead! Little Bear is our official spokes puppy for this cause, he needs you behind him!” 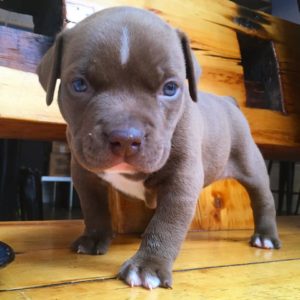 For now Little Bear is living with his foster mom – growing bigger and stronger, learning how to play with other dogs and getting ready to be adopted. Make your voices heard against backyard breeding. To donate to Social Tees Animal Rescue, please click here.

Little Bear is figuring it out!!! Our tiny puppy, now about 5 and a half weeks old, is learning to play and wrestle like a real dog with his foster sister Luna the Shar Pei puppy, also a Craigslist rescue. We are thrilled to see this little bit continuing to develop so well despite his very rough start to life. All odds were against him… but he's lucky and he's a survivor. (PLEASE READ our recent posts on this puppy to learn his rescue story, and PLEASE SHARE to raise awareness so we can try to end backyard breeding and to prevent other innocent animals like him from being abandoned or neglected!)

Dog dumped at shelter with tumor larger than her head Puppy starved and put through hell as ‘bait dog’ now ready to be...
Scroll to top