On Sunday, a brazen thief attacked a 73-year-old Brooklyn, New York, woman as she was getting into her car. The man pulled the woman out and drove away in her red Honda Civic, taking her beloved dog, Luna, too. As reported by NBC New York, the woman, whose identity has not been released, is not concerned about her belongings, but she is worried about Luna.

The frightening encounter happened near Lindower Park – the man not only pulled the woman from her car, but he nearly ran the woman over as he sped away with the nine-year-old toy poodle inside. 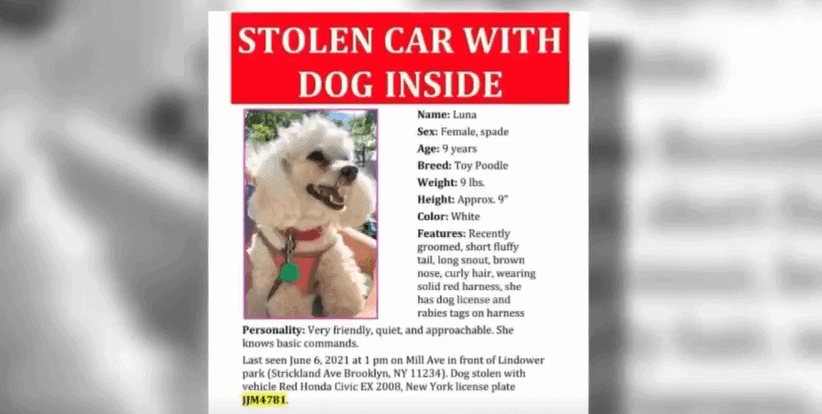 According to the New York Daily News, police found the Honda Civic on Wednesday morning, but Luna was nowhere to be found.

Woman injured by alligator while protecting her dog from the reptile