You are here: Home1 / News2 / Dogs3 / dog news4 / Judge ordered dog to be euthanized after owner struggled to put on muz... 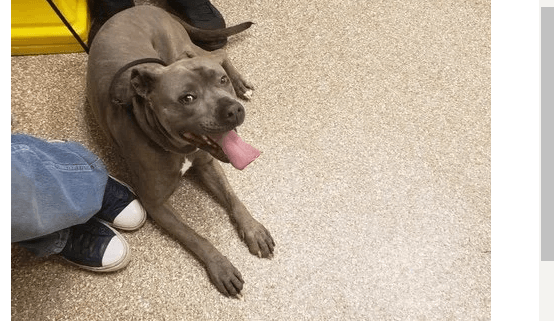 A young dog in Aurora, Colorado, was euthanized after his owner struggled to put on his muzzle. The untimely death of Blue, a three-year-old mixed breed dog, followed a series of events which resulted in the dog being seized, almost released, and then killed.

The sad series of events

As reported by Fox 31,  in early November, Blue got into an altercation with a neighbor’s dog after that dog broke through a fence and entered his yard. Blue bit the neighbor on the hand when she tried to grab her dog back – the bite resulted in Blue being put into quarantine at the Aurora Animal Shelter while a DNA test was completed to see if he was a banned breed.

The results of the DNA test revealed the Blue was NOT a banned breed, but his troubles did not end. His owner, Tracey Prim, told the news agency that the shelter offered to alter her dog for free if she brought him back. Unfortunately, when Blue was brought in for the surgery on December 13, the shelter stated that he was aggressive.

Judge FitzGerald initially stated that Blue could be returned to his owner, but when she arrived at the shelter to take him home, she struggled to place the mandated muzzle on him. After five minutes, an animal control officer ordered her to stop trying and a request was made to the judge to reverse his decision to free Blue.

The judge granted the request to euthanize the dog at a January 7 appeal hearing, and Blue was killed three days later. His owner expressed her outrage and frustration to Fox 31, “What do they expect? Just because in five minutes we can’t put the muzzle on, we don’t know how to tame or control our dog? That’s ridiculous.”

I don’t even know how to explain my words of rage and upset, and being hurt. Those people at the animal shelter… those are vicious people. They lie. They’re backstabbing. They’re coniving,

Prim’s struggles are not over – she must appear in court in mid-February to face charges for possession of an aggressive or dangerous animal.

(Screenshot of Blue via Fox 31 news)

Yesterday: No words, dog attacked with an ax is gone – the story here.