You are here: Home1 / News2 / Dogs3 / Woman admits that she lied about children kicking puppy to death 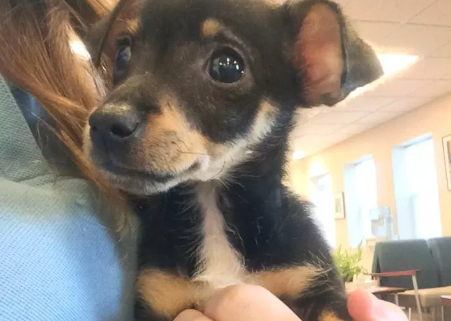 In a world where animal cruelty seems to run rampant, it seems implausible that someone would choose to fabricate a cruelty story, but that is exactly what happened in Toledo, Ohio. Sabrina Sylvester, 23, is the tale spinner and because of her lies, a massive reward was offered to help find the “cruel children” behind the alleged act which claimed the life of a three-month-old miniature pinscher named Princess.

Sylvester told law enforcement that she had tried to intervene on behalf of the young puppy, who was being kicked “like a football,” by a group of children between the ages of 10 and 12. The puppy was rushed to the Toledo Area Humane Society but died from her injuries, which included broken ribs and a broken back.

After Sylvester shared her story, a reward that climbed to $15,000 was offered to help bring the children to justice.

Investigators felt that something was off with Sylvester’s story and when they pressed her, she admitted that she had made it up. The true story is that her own daughter, who is just two years of age, accidentally killed the puppy – though she claims that she does not know how, reports The Blade.

Sylvester told investigators that she had lied because she was afraid of what would happen to her children, and to her.

The woman who spun the tale is now facing a charge for making false alarms to a law enforcement agency. According to Stephen Heaven, president of the Toledo Area Humane Society, Sylvester would not have faced any charges if she would have told the truth from the beginning. Sylvester has stated that she regrets lying and feels bad that the community became so outraged at the “children” who were the bad guys in her concocted story. She told The Blade, “I wish I could go back. I really do. I would have just told the truth.”

Prior article about this story here.

Lonely Gracie: ‘Someone must want to love me’
Scroll to top