You are here: Home1 / News2 / animal cruelty3 / Reward doubled – puppy died after being kicked by children

The reward has been doubled for a case of animal cruelty in Toledo, Ohio, which claimed the life of a puppy who was allegedly kicked around by children. According to ABC 13 News, a private donor is so moved by the disturbing case that he has offered $5,000 for information; with the donor’s offer, the reward has climbed to $10,000.

The three-month-old female puppy was allegedly kicked, in an alley off of Dorr Street in Toledo, by kids between the ages of 10 and 12. The puppy suffered a broken back, broken ribs and internal injuries.

Stephen Heaven is the Executive Director of the Toledo Area Humane Society commented on the cruel situation:

“They were youngsters, maybe 10-12 years old. It is disturbing that at that age they are committing an act of violence like that. The concerning part is their next step. Behavior like this usually escalates to even more violent behavior.”

Adults were also reported to be present during the violent encounter. Heaven said:

“We don’t know how many adults there were. We were told they were on a porch on a balcony. They reportedly had a direct view of the incident as it took place. It is very upsetting that adults watched this happen. Normally parents and any adult would get involved to stop something like this, but in this case there does not seem to have been any effort from the adults to break this up.”

Andrew Mock is the generous individual who was compelled to offer $5,000 to the reward fund. Any information should be directed to the TAHS cruelty department, at 419-482-7103. All information received will remain confidential. 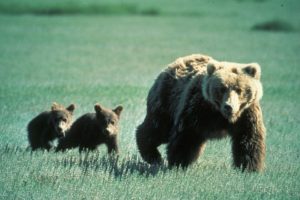