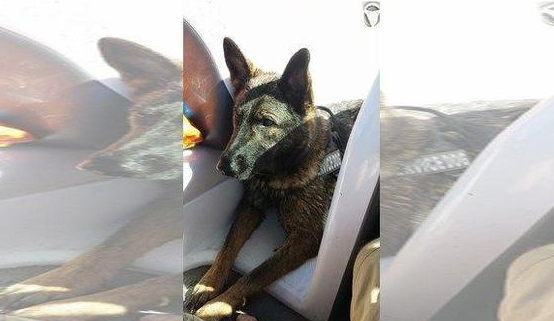 As United Airlines grapples with a public relations nightmare following the death of a puppy who was placed in an overhead storage compartment, comes word of another airline/canine mishap. According to KCTV News, the same airline accidentally shipped a family’s senior German shepherd to Japan.

Kara and Joseph Swindle’s 10-year-old German shepherd, Irgo, was supposed to be on a flight to Kansas City  – but on Tuesday, when they went to the cargo facility to pick him up, they were presented with someone else’s Great Dane.

The Great Dane was supposed to be on a flight to Japan, but it appears that someone mixed up the kennels and shipped Irgo there instead. The airline issued a statement to KCTV News:

“An error occurred during connections in Denver for two pets sent to the wrong destinations. We have notified our customers that their pets have arrived safely and will arrange to return the pets to them as soon as possible. We apologize for this mistake and are following up with the vendor kennel where they were kept overnight to understand what happened.”

As for the puppy death – United Airlines has already accepted the blame for the incident which claimed the 10-month-old French bulldog’s life. The airline stated:

“This was a tragic accident that should have never occurred, as pets should never be placed in the overhead bin. We assume full responsibility for this tragedy and express our deepest condolences to the family and are committed to supporting them. We are thoroughly investigating what occurred to prevent this from ever happening again.”