An animal shelter in North Carolina is facing intense backlash for putting down a pregnant stray dog on July 11. The hound, dubbed Gypsy, had been brought to the Randolph County Animal Shelter on July 5 by someone who hoped to see the dog find help.

What happened to Gypsy?

According to WFMY 2 News, the pregnant dog was put down after her stray hold expired – a county ordinance prohibits dogs from being adopted out if they aren’t spayed or neutered. Dog advocates who learned of the dog’s death are outraged that a rescue group was not contacted to take her in.

Pamela Vuncannon, a woman who networks to help find rescue groups for homeless dogs, told the news agency, “When you find out that they had euthanized a dog without telling anyone that she was there, without giving any rescues an opportunity to come for her.”

An angry dog lover wrote a Facebook post about the euthanasia of this pregnant dog. The post, directed to the manager of the animal shelter, reads in part:

This is the mentality of the director there,

“the goal of the shelter is to protect the people it serves from the nuisance dogs, the stray dogs, the unwanted dogs rather than to shelter or protect the dogs. The shirts that they ordered for staff do not say Animal Control they say Public Health because he believes their purpose is to protect the public from these animals not help them.”

Wesley Vann, the Randolph Co. Animal Shelter Supervisor, told the news agency that there is a lack of resources for large breed dogs.

“We have ones that will pull small breed dogs that are pregnant, that’s pretty easy to do. We are just finding out that we do have rescues that do want these other dogs and so we’ve got an avenue where we can, can actually get them out of the shelter now.”

The shelter has expressed a desire to be more proactive to find rescue groups to take in the dogs who arrive at the facility.

According to the news agency, after “Gypsy” was put down, her owners were finally located – her real name was London. No word on why the pregnant dog was roaming without identification. 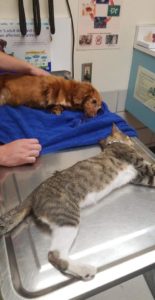 Veterinary hospital shares painful visual reminder about why this vaccine is so important – read more here. 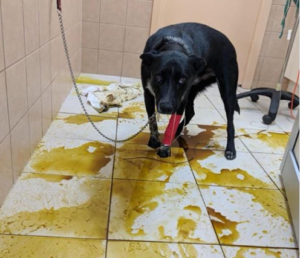 Shepherd so scared she ‘pancaked’ as she was surrendered to she...

Exceptionally friendly pup on ‘the list’ to be put down –...
Scroll to top