You are here: Home1 / News2 / animal cruelty3 / No charges after frozen dog found abandoned in cage

No charges will be filed after a frozen dog was found in a cage which was abandoned near a river in Marion, Indiana. According to Fox 59 News, the female dog, who was pregnant, was discovered on January 3 near River Blvd. and Vine Street – she was inside of a dog cage that had been covered in a blanket.

The dog, whose name was Lady, had been left with a bowl of food – the owners of Lady were identified and questioned, but charges will not be filed because a necropsy on the dog’s body were inconclusive. The people who had custody of the dog prior to her death claim that she died at home and they asked someone to get rid of her…no explanation as to why a bowl of food had been left with a dead dog.

On Friday, the Marion-Grant County Humane Society, which had been hoping for justice for the deceased dog, expressed disappointment over the lack of charges:

“The results of the necropsy has been a huge disappointment to all of us. We want everyone to know that when the appointment was made to take Lady to Purdue, Purdue was well aware of the reason we were requesting the necropsy on Lady and the circumstances surrounding her death. Never did Purdue make anyone aware of the fact that hypothermia could not be determined as a cause of death in an animal.
Most of us believe that Lady was put in that cage alive and froze to death, nothing is going to change that but it can’t be proven, therefore, no charges will be filed. Once again an animal pays with their life at the hands of a cruel, malicious human.
We are so sorry Lady.”

Original article about deceased dog found abandoned in cage at this link. 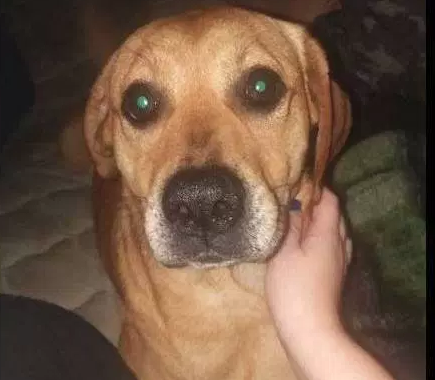 Recently in the news: Dog trainer makes Facebook post offering free training to people who give up their pit bull